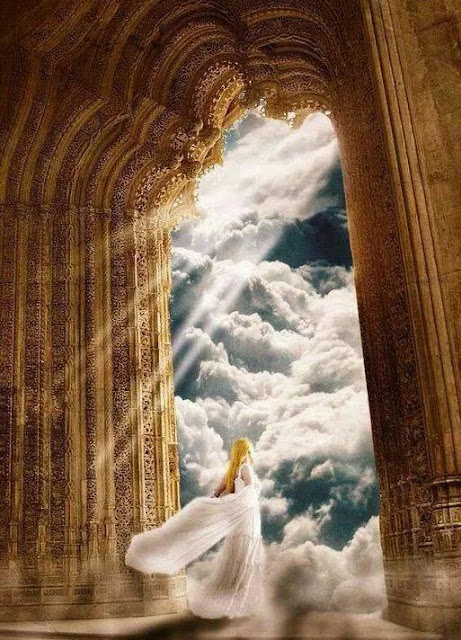 Day 302
The Principle of Salvation
The Holy Spirit can use ALL that you give to Him for your salvation. But He CANNOT use what you withhold. For He can NOT take it from you, WITHOUT your willingness. For, if He did, you would believe He wrested it from you AGAINST your will. And so you would not learn it IS your will to be without it. You need not give it to Him WHOLLY willingly, for if you could, you had no need for Him.
But this He needs; that you PREFER He take it, than that you keep it for yourself alone, and recognize that what brings loss to no-one YOU WOULD NOT KNOW. This much is necessary to add to the idea no-one CAN lose for you to gain. And nothing more.

Here is the ONLY principle salvation needs. Nor is it necessary that your faith in it be strong, unswerving, and without attack from all beliefs opposed to it. You HAVE no fixed allegiance. But remember salvation is not needed by the saved. You are NOT called upon to do what one divided still against himself WOULD find impossible. Have little faith that wisdom COULD be found in such a state of mind. But be you thankful that only little faith is ASKED of you. What BUT a little faith remains to those who still believe in sin? What COULD they know of Heaven and the justice of the saved?

There is a kind of justice in salvation of which the world knows nothing. To the world, justice and VENGEANCE are the same, for sinners see justice ONLY as their punishment, perhaps sustained by someone ELSE, but NOT escaped. The laws of sin DEMAND a victim. WHO it may be makes little difference. But death MUST be the cost and MUST be paid. This is NOT justice, but insanity. Yet how could justice BE defined WITHOUT insanity, where love means hate, and death is seen as victory and triumph over eternity and timelessness and life?

You who know not of justice still can ask, and learn the answer. Justice looks on all in the same way. It is NOT just that one should lack for what another has. For that is vengeance, in WHATEVER form it takes. Justice demands NO sacrifice, for ANY sacrifice is made that sin MAY BE PRESERVED and KEPT. It is a payment offered for the cost of sin, BUT NOT THE TOTAL COST. The rest is taken from another, to be laid beside your LITTLE payment, to “atone” for all that you would keep and NOT give up. So is the victim seen as PARTLY you, with someone ELSE by far the greater part. And in the TOTAL cost, the greater his, the less is yours. And justice, being blind, is satisfied by being paid, it matters not by whom.

Can this BE justice? God knows not of this. But justice DOES He know, and knows it well. For He is wholly fair to everyone. Vengeance is alien to His Mind BECAUSE He knows of justice. To be just is to be fair, AND NOT be vengeful. Fairness AND vengeance are impossible, for each one contradicts the other, and denies that it is real. It is impossible for you to SHARE the Holy Spirit’s justice, with a mind that can conceive of specialness at all. Yet how could HE be just, if He condemns a sinner for the crimes he did not do, but THINKS he did? And where would justice be if He demanded of the ones obsessed with the idea of punishment that they lay it aside, unaided, and perceive it is not true?

It is extremely hard for those who still believe sin meaningful to understand the Holy Spirit’s justice. They believe He shares their OWN confusion, and can NOT avoid the vengeance that their own belief in justice MUST entail. And so they fear the Holy Spirit, and perceive the wrath of God in Him. They are unjust indeed to Him. Nor can they trust Him NOT to strike them dead with lightning bolts torn from the fires of Heaven by God’s Own angry hand. They DO believe that Heaven is hell, and ARE afraid of love. And deep suspicion and the chill of fear come over them when they are told that they have NEVER sinned. Their world DEPENDS on sin’s stability. And they perceive the “threat” of what God KNOWS as justice to be more destructive to themselves and to their world than vengeance, which they understand and love.

So do they think the LOSS of sin a curse. And flee the blessing of the Holy Spirit as if He were a messenger from hell, sent from above in treachery and guile, to work God’s vengeance on them in the guise of a deliverer and friend. What COULD He be to them except a devil dressed to deceive, within an angel’s cloak? And what escape has He for them, except a door to hell that SEEMS to look like Heaven’s gate? Yet justice cannot punish those who ask for punishment, but have a Judge Who knows that they are wholly innocent in truth. In justice He is BOUND to set them free, and GIVE them all the honor they deserve, and have denied themselves because they are NOT fair, and CANNOT understand that they ARE innocent.

Love is NOT understandable to sinners. BECAUSE they think that justice is SPLIT OFF from love, and stands for something else. And thus is love perceived as weak and vengeance strong. For love has LOST when judgment left its side, and is too weak to SAVE from punishment. But vengeance WITHOUT love has GAINED in strength by being separate and apart from love. And what BUT vengeance now can help and save, while love stands feebly by, with helpless hands, bereft of justice and vitality, and powerless to save? What can Love ask of you who think that all of this is true? Could He, in justice AND in love believe in your confusion you HAVE much to give?

False healing rests upon the body's cure, leaving the cause of illness still unchanged, ready to strike again until it brings a cruel death in seeming victory. It can be held at bay a little while, and there can be brief respite as it waits to take its vengeance on the Son of God. Yet it cannot be overcome until all faith in it has been laid by, and placed upon God's substitute for evil dreams; a world in which there is no veil of sin to keep it dark and comfortless. At last the gate of Heaven opens and God's Son is free to enter in the home that stands ready to welcome him, and was prepared before time was and still but waits for him.
(End of False Versus True Healing)

Urtext – Workbook for Students
302. “Where darkness was I look upon the light.”

“Father, our eyes are opening at last. Your holy world awaits us, as our sight is finally restored and we can see. We thought we suffered. But we had forgot the Son whom You created. Now we see that darkness is our own imagining, and light is there for us to look upon. Christ’s vision changes darkness into light, for fear must disappear when love has come. Let me forgive Your holy world today that I may look upon its holiness, and understand it but reflects my own.”

Our Love awaits us as we go to Him, and walks beside us, showing us the way. He fails in nothing. He the end we seek, and He the means by which we come to Him.