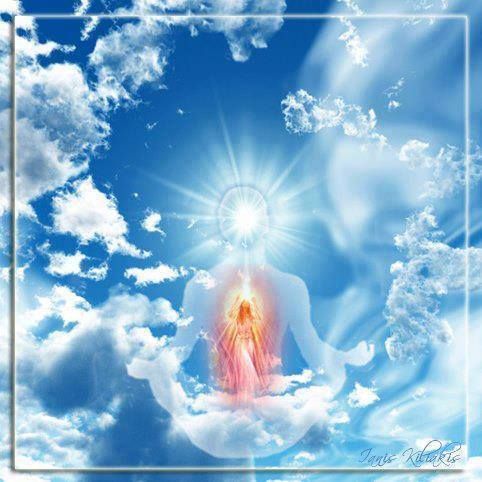 1 In the "dynamics" of attack is sacrifice a key idea. It is the pivot upon which all compromise, all desperate attempts to strike a bargain, and all conflicts achieve a seeming balance. It is the symbol of the central theme that somebody must lose. Its focus on the body is apparent, for it is always an attempt to limit loss. The body is itself a sacrifice—a giving up of power in the name of saving just a little for yourself. To see a brother in another body separate from yours is the expression of a wish to see a little part of him and sacrifice the rest. Look at the world, and you will see nothing attached to anything beyond itself. All seeming entities can come a little nearer or go a little farther off but cannot join.


II. The "Sacrifice" of Oneness

2 The world you see is based on "sacrifice" of oneness. It is a picture of a complete disunity and total lack of joining. Around each entity is built a wall so seeming solid that it looks as if what is inside can never reach without, and what is out can never reach and join with what is locked away within the wall. Each part must sacrifice the other part to keep itself complete. For if they joined, each one would lose its own identity, and by their separation are their selves maintained.

3 The little that the body fences off becomes the self, preserved through sacrifice of all the rest. And all the rest must lose this little part, remaining incomplete to keep its own identity intact. In this perception of yourself, the body's loss would be a sacrifice indeed. For sight of bodies becomes the sign that sacrifice is limited and something still remains for you alone. And for this little to belong to you are limits placed on everything outside, just as they are on everything you think is yours. For giving and receiving are the same. And to accept the limits of a body is to impose these limits on each brother whom you see. For you must see him as you see yourself.

4 The body is a loss and can be made to sacrifice. And while you see your brother as a body, apart from you and separate in his cell, you are demanding sacrifice of him and you. What greater sacrifice could be demanded than that God's Son perceive himself without his Father? And his Father be without His Son? Yet every sacrifice demands that they be separate and without the other. The memory of God must be denied if any sacrifice is asked of anyone. What witness to the wholeness of God's Son is seen within a world of separate bodies, however much he witnesses to truth? He is invisible in such a world. Nor can his song of union and of love be heard at all. Yet is it given him to make the world recede before his song and sight of him replace the body's eyes.

5 Those who would see the witnesses to truth instead of to illusion merely ask that they might see a purpose in the world that gives it sense and makes it meaningful. Without your special function has this world no meaning for you. Yet it can become a treasure house as rich and limitless as Heaven itself. No instant passes here in which your brother's holiness cannot be seen, to add a limitless supply to every meager scrap and tiny crumb of happiness that you allot yourself.

6 You can lose sight of oneness, but can not make sacrifice of its reality. Nor can you lose what you would sacrifice nor keep the Holy Spirit from His task of showing you that it has not been lost. Hear then the song your brother sings to you. And let the world recede and take the rest his witness offers on behalf of peace. But judge him not, for you will hear no song of liberation for yourself nor see what it is given him to witness to that you may see it and rejoice with him. Make not his holiness a sacrifice to your belief in sin. You sacrifice your innocence with his and die each time you see in him a sin deserving death.

7 Yet every instant can you be reborn and given life again. His holiness gives life to you, who cannot die because his sinlessness is known to God and can no more be sacrificed by you than can the light in you be blotted out because he sees it not. You who would make a sacrifice of life and make your eyes and ears bear witness to the death of God and of His holy Son, think not that you have power to make of them what God willed not they be. In Heaven God's Son is not imprisoned in a body nor is sacrificed in solitude to sin.

8 And as he is in Heaven, so must he be eternally and everywhere. He is the same forever—born again each instant, untouched by time, and far beyond the reach of any sacrifice of life or death. For neither did he make, and only one was given him by One Who knows His gifts can never suffer sacrifice and loss. God's justice rests in gentleness upon His Son and keeps him safe from all injustice the world would lay upon him. Could it be that youcould make his sins reality and sacrifice his Father's Will for him?

9 Condemn him not by seeing him within the rotting prison where he sees himself. It is your special function to ensure the door be opened that he may come forth to shine on you and give you back the gift of freedom by receiving it of you. What is the Holy Spirit's special function but to release the holy Son of God from the imprisonment he made to keep himself from justice? Could your function be a task apart and separate from His Own?


How can illusions satisfy God's Son?

1 Father, the truth belongs to me. My home is set in Heaven by Your Will and mine. Can dreams content me? Can illusions bring me happiness? What but Your memory can satisfy Your Son? I will accept no less than You have given me. I am surrounded by Your Love, forever still, forever gentle, and forever safe. God's Son must be as You created him.


2 Today we pass illusions by. And if we hear temptation call to us to stay and linger in a dream, we turn aside and ask ourselves if we, the Sons of God, could be content with dreams when Heaven can be chosen just as easily as hell and love will happily replace all fear.