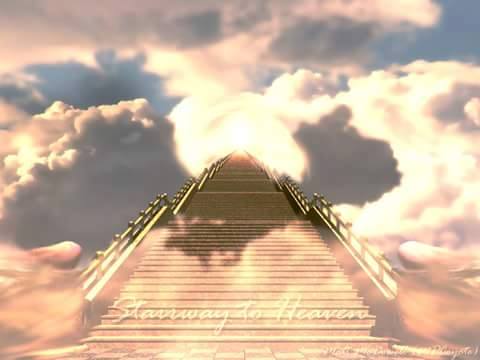 
III. Reversing Effect and Cause
16 Without a cause there can be no effects, and yet without effects there is no cause. The cause a cause is made by its effects; the Father is a father by His Son. Effects do not create their cause, but they establish its causation. Thus, the Son gives fatherhood to his Creator and receives the gift that he has given Him. It is because he is God's Son that he must also be a father who creates as God created him. The circle of creation has no end. Its starting and its ending are the same. But in itself it holds the universe of all creation, without beginning and without an end.

17 Fatherhood is creation. Love must be extended. Purity is not confined. It is the nature of the innocent to be forever uncontained, without a barrier or limitation. Thus is purity not of the body. Nor can it be found where limitation is. The body can be healed by its effects, which are as limitless as is itself. Yet must all healing come about because the mind is recognized as not within the body, and its innocence is quite apart from it and where allhealing is. Where then is healing? Only where its cause is given its effects. For sickness is a meaningless attempt to give effects to causelessness and make it be a cause.

18 Always in sickness does the Son of God attempt to make himself his cause and not allow himself to be his Father's Son. For this impossible desire, he does not believe that he is Love's effect and must be cause because of what he is. The cause of healing is the only Cause of everything. It has but one effect. And in that recognition, causelessness is given no effects and none are seen. A mind within a body and a world of other bodies, each with separate minds, are your "creations," you the "other" mind, creating with effects unlike yourself. And as their "father," you must be like them. Nothing at all has happened but that you have put yourself to sleep and dreamed a dream in which you were an alien to yourself and but a part of someone else's dream.

19 The miracle does not awaken you but merely shows you who the dreamer is. It teaches you there is a choice of dreams while you are still asleep, depending on the purpose of your dreaming. Do you wish for dreams of healing or for dreams of death? A dream is like a memory in that it pictures what you wanted shown to you. An empty storehouse with an open door holds all your shreds of memories and dreams. Yet if you are the dreamer, you perceive this much at least—that you have caused the dream and can accept another dream as well. But for this change in content of the dream, it must be realized that it is you who dreamed the dreaming that you do not like. It is but an effect which you have caused, and you would not be cause of this effect.

20 In dreams of murder and attack are you the victim in a dying body slain. But in forgiving dreams is no one asked to be the victim and the sufferer. These are the happy dreams the miracle exchanges for your own. It does not ask you make another—only that you see you made the one you would exchange for this. This world is causeless, as is every dream that anyone has dreamed within the world. No plans are possible and no design exists that could be found and understood.

21 What else could be expected from a thing that has no cause? Yet if it has no cause, it has no purpose. You may cause a dream, but never will you give it real effects. For that would change its cause, and it is this you cannot do. The dreamer of a dream is not awake but does not know he sleeps. He sees illusions of himself as sick or well, depressed or happy, but without a stable cause with guaranteed effects.

22 The miracle establishes you dream a dream and that its content is not true. This is a crucial step in dealing with illusions. No one is afraid of them when he perceives he made them up. The fear was held in place becausehe did not see that he was author of the dream, and not a figure in the dream. He gives himself the consequences which he dreams he gave his brother. And it is but this the dream has put together and has offered him to show him that his wishes have been done. Thus does he fear his own attack but sees it at another's hands. As victim, he is suffering from its effects but not their cause. He authored not his own attack, and he is innocent of what he caused. The miracle does nothing but to show him that he has done nothing. What he fears is cause without the consequences which would make it cause. And so it never was.

23 The separation started with the dream the Father was deprived of His effects and powerless to keep them since He was no longer their Creator. In the dream, the dreamer made himself, but what he made has turned against him, taking on the role of its creator as the dreamer had. And as he hated his Creator, so the figures in the dream have hated him. His body is their slave which they abuse because the motives he has given it have they adopted as their own. And hate it for the vengeance it would offer them. It is their vengeance on the body which appears to prove the dreamer could not be the maker of the dream. Effect and cause are first split off and then reversed, so that effect becomes a cause; the cause, effect.

24 This is the separation's final step with which salvation, which proceeds to go the other way, begins. This final step is an effect of what has gone before, appearing as a cause. The miracle is the first step in giving back to cause the function of causation, not effect. For this confusion has produced the dream, and while it lasts, will wakening be feared. Nor will the call to wakening be heard, because it seems to be the call to fear.

25 Like every lesson which the Holy Spirit requests you learn, the miracle is clear. It demonstrates what He would have you learn and shows you its effects are what you want. In His forgiving dreams are the effects of yours undone and hated enemies perceived as friends with merciful intent. Their enmity is seen as causeless now, because they did not make it. And you can accept the role of maker of their hate, because you see that it has no effects. Now are you freed from this much of the dream; the world is neutral, and the bodies which still seem to move about as separate things need not be feared. And so they are not sick.

26 The miracle returns the cause of fear to you who made it. But it also shows that, having no effects, it is not cause because the function of causation is to have effects. And where effects are gone, there is no cause. Thus is the body healed by miracles because they show the mind made sickness and employed the body to be victim or effect of what it made. Yet half the lesson will not teach the whole. The miracle is useless if you learn but that the body can be healed, for this is not the lesson it was sent to teach. The lesson is the mind was sick that thought the body could be sick; projecting out its guilt caused nothing and had no effects.

27 This world is full of miracles. They stand in shining silence next to every dream of pain and suffering, of sin and guilt. They are the dream's alternative, the choice to be the dreamer rather than deny the active role in making up the dream. They are the glad effects of taking back the consequence of sickness to its cause. The body is released because the mind acknowledges "this is not done to me, but I am doing this." And thus the mind is free to make another choice instead. Beginning here, salvation will proceed to change the course of every step in the descent to separation, until all the steps have been retraced, the ladder gone, and all the dreaming of the world undone.


All fear is past, and only love is here.
1 All fear is past because its source is gone and all its thoughts gone with it. Love remains the only present state, whose Source is here forever and forever. Can the world seem bright and clear and safe and welcoming with all my past mistakes oppressing it and showing me distorted forms of pain? Yet in the present, love is obvious and its effects apparent. All the world shines in reflection of its holy light, and I perceive a world forgiven at last.

2 Father, let not Your holy world escape my sight today. Nor let my ears be deaf to all the hymns of gratitude the world is singing underneath the sounds of fear. There is a real world which the present holds safe from all past mistakes. And I would see only this world before my eyes today.