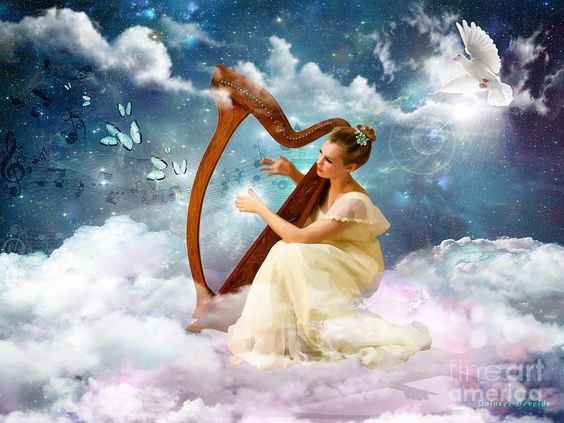 
IV. The Symbol of the Impossible


29 Power cannot oppose. For opposition would weaken it, and weakened power is a contradiction in ideas. Weak strength is meaningless, and power used to weaken is employed to limit. And therefore it must be limited and weak because that is its purpose. Power is unopposed, to be itself. No weakness can intrude on it without changing it into something it is not. To weaken is to limit and impose an opposite that contradicts the concept which it attacks. And by this does it join to the idea a something it is not and make it unintelligible. Who can understand a double concept, such as "weakened-power" or as "hateful-love?"

30 You have decided that your brother is a symbol for a "hateful-love," a "weakened-power," and above all, a "living-death." And so he has no meaning to you, for he stands for what is meaningless. He represents a double thought, where half is cancelled out by the remaining half. Yet even this is quickly contradicted by the half it cancelled out, and so they both are gone. And now he stands for nothing. Symbols which but represent ideas that cannot be must stand for empty space and nothingness. Yet nothingness and empty space can not be interference. What can interfere with the awareness of reality is the belief that there is something there.

31 The picture of your brother that you see means nothing. There is nothing to attack or to deny, love, or hate, or to endow with power or to see as weak. The picture has been wholly cancelled out because it symbolized a contradiction which cancelled out the thought it represents. And thus the picture has no cause at all. Who can perceive effect without a cause? What can the causeless be but nothingness? The picture of your brother that you see is wholly absent and has never been. Let then the empty space it occupies be recognized as vacant, and the time devoted to its seeing be perceived as idly spent, a time unoccupied.

32 An empty space which is not seen as filled, an unused interval of time not seen as spent and fully occupied, becomes a silent invitation to the truth to enter and to make itself at home. No preparation can be made that would enhance the invitation's real appeal. For what you leave as vacant, God will fill, and where He is, there must the truth abide. Unweakened power with no opposite is what creation is. For this there are no symbols. Nothing points beyond the truth, for what can stand for more than everything? Yet true undoing must be kind. And so the first replacement for your picture is another picture of another kind.

33 As nothingness cannot be pictured, so there is no symbol for totality. Reality is ultimately known without a form, unpictured and unseen. Forgiveness is not yet a power known as wholly free of limits. Yet it sets no limits you have chosen to impose. Forgiveness is the means by which the truth is represented temporarily. It lets the Holy Spirit make exchange of pictures possible until the time when aids are meaningless and learning done. No learning aid has use which can extend beyond the goal of learning. When its aim has been accomplished, it is functionless. Yet in the learning interval it has a use which now you fear, but yet will love.

34 The picture of your brother given you to occupy the space so lately left unoccupied and vacant will not need defense of any kind. For you will give it overwhelming preference. Nor delay an instant in deciding that it is the only one you want. It does not stand for double concepts. Though it is but half the picture and is incomplete, within itself it is the same. The other half of what it represents remains unknown but is not cancelled out. And thus is God left free to take the final step Himself. [For this you need no pictures and no learning aids.] And what will ultimately take the place of every learning aid will merely be. Forgiveness vanishes and symbols fade, and nothing which the eyes have ever seen, or ears have heard, remains to be perceived.

35 A Power wholly limitless has come, not to destroy, but to receive Its own. There is no choice of function anywhere. The choice you fear to lose you never had. Yet only this appears to interfere with power unlimited and single thoughts, complete and happy, without opposite. You do not know the peace of power which opposes nothing. Yet no other kind can be at all. Give welcome to the Power beyond forgiveness and beyond the world of symbols and of limitations. He would merely be, and so He merely is.

36 In quietness are all things answered and is every problem quietly resolved. In conflict there can be no answer and no resolution, for its purpose is to make no resolution possible and to ensure no answer will be plain. A problem set in conflict has no answer, for it is seen in different ways. And what would be an answer from one point of view is not an answer in another light. You are in conflict. Thus it must be clear you cannot answer anything at all, for conflict has no limited effects. Yet if God gave an answer, there must be a way in which your problems are resolved, for what He wills already has been done.

37 Thus it must be that time is not involved, and every problem can be answered now. Yet it must also be that in your state of mind solution is impossible. Therefore, God must have given you a way of reaching to another state of mind in which the answer is already there. Such is the holy instant. It is here that all your problems should be brought and left. Here they belong, for here their answer is. [And where its answer is, a problem must be simple and be easily resolved.] It must be pointless to attempt to solve a problem where the answer cannot be. Yet just as surely it must be resolved if it is brought to where the answer is.

38 Attempt to solve no problems but within the holy instant's surety. For there the problem will be answered and resolved. Outside there will be no solution, for there is no answer there that could be found. Nowhere outside a single simple question is ever asked. The world can only ask a double question with many answers, none of which will do. It does not ask a question to be answered, but only to restate its point of view. All questions asked within this world are but a way of looking, not a question asked. A question asked in hate cannot be answered, because it is an answer in itself. A double question asks and answers, both attesting the same thing in different form.

39 The world asks but one question. It is this: "Of these illusions, which of them are true? Which ones establish peace and offer joy? And which can bring escape from all the pain of which this world is made?" Whatever form the question takes, its purpose is the same. It asks but to establish sin is real and answers in the form of preference. "Which sin do you prefer? That is the one which you should choose. The others are not true. What can the body get that you would want the most of all? It is your servant and your friend. But tell it what you want, and it will serve you lovingly and well." And this is not a question, for it tells you what you want and where to go for it. It leaves no room to question its beliefs, except that what it states takes question's form.

40 A pseudo-question has no answer. It dictates the answer even as it asks. Thus is all questioning within the world a form of propaganda for itself. Just as the body's witnesses are but the senses from within itself, so are the answers to the questions of the world contained within the questions. Where answers represent the questions, they add nothing new, and nothing has been learned.

41 An honest question is a learning tool which asks for something that you do not know. It does not set conditions for response, but merely asks what the response should be. But no one in a conflict state is free to ask this question, for he does not want an honest answer where the conflict ends. Only within the holy instant can an honest question honestly be asked. And from the meaning of the question does the meaningfulness of the answer come. Here is it possible to separate your wishes from the answer, so it can be given you and also be received. The answer is provided everywhere. Yet it is only here it can be heard.

42 An honest answer asks no sacrifice because it answers questions truly asked. The questions of the world but ask of whom is sacrifice demanded, asking not if sacrifice is meaningful at all. And so unless the answer tells "of whom," it will remain unrecognized, unheard, and thus the question is preserved intact because it gave the answer to itself. The holy instant is the interval in which the mind is still enough to hear an answer which is not entailed within the question asked. It offers something new and different from the question. How could it be answered if it but repeats itself?

43 Therefore, attempt to solve no problems in a world from which the answer has been barred. But bring the problem to the only place which holds the answer lovingly for you. Here are the answers which will solve your problems because they stand apart from them, and see what can be answered—what the question is. Within the world the answers merely raise another question, though they leave the first unanswered. In the holy instant, you can bring the question to the answer and receive the answer that was made for you.

1 Today I wake with joy, expecting but the happy things of God to come to me. I ask but them to come and realize my invitation will be answered by the thoughts to which it has been sent by me. And I will ask for only joyous things the instant I accept my holiness. For what would be the use of pain to me, what purpose would my suffering fulfill, and how would grief and loss avail me, if insanity departs from me today and I accept my holiness instead?

2 Father, my holiness is Yours. Let me rejoice in it and through forgiveness be restored to sanity. Your Son is still as You created him. My holiness is part of me and also part of You. And what can alter Holiness Itself?