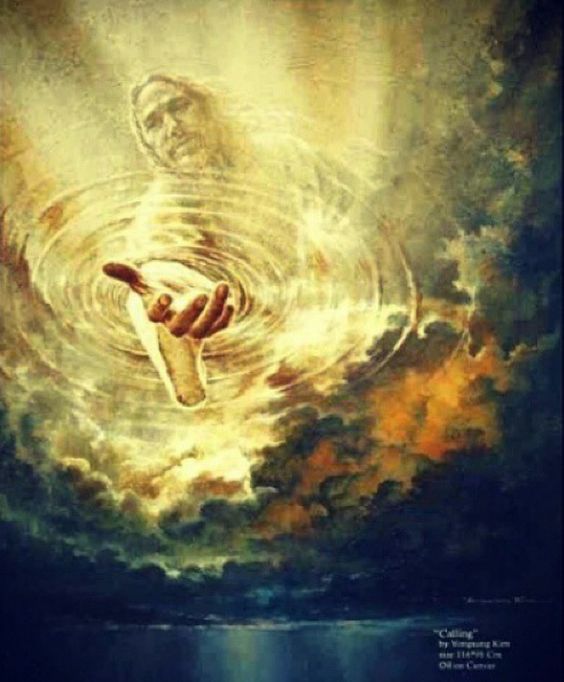 Day 337
The Coming of the Guest

Why would you not perceive it as RELEASE from suffering to learn that you are free? Why would you not ACCLAIM the truth, instead of looking on it as an enemy? Why does an EASY path, so clearly marked it is impossible to lose the way seem thorny, rough, and far too difficult for you to follow? Is it not because you see it as the road to hell, instead of looking on it as a simple way, without a sacrifice or ANY loss, to find yourself in Heaven and in God?
Until you realize you give up NOTHING; until you understand there IS no loss; you will have some regrets about the way that you have chosen. And you will NOT see the many gains your choice has offered you.

Yet, though you do not see them, they are there. Their CAUSE has been effected, and they MUST be present were their cause has entered in. You have accepted healing’s Cause, and so it MUST be you are healed. And, being healed, the power to heal must ALSO now be yours. The miracle is not a separate thing that happens suddenly, as an effect without a cause, nor is it, in itself, a cause. But where its Cause is MUST it be. Now IS it caused, though not as yet perceived. And its effects are THERE, though not yet seen. Look inward now, and you will not behold a reason for regret, but cause indeed for glad rejoicing and for hope of peace.

It HAS been hopeless to attempt to find the hope of peace upon a battleground. It HAS been futile to demand escape from sin and pain of what was made to serve the function of RETAINING sin and pain. For pain and sin are ONE illusion, as are hate and fear, attack and guilt but one. Where they are causeless, their effects ARE gone, and love MUST come wherever they are not. Why are you not rejoicing? You ARE free of pain and sickness, misery and loss, and ALL effects of hatred and attack. No more is pain your friend and guilt your god, and you should WELCOME the effects of love.

Your Guest HAS come. You asked Him and He came. You did not hear Him enter, for you did not wholly welcome Him. And yet His gifts came with Him. He has laid them at your feet, and asks you now that you will look on them, and take them for your own. He NEEDS your help in giving them to all who walk apart, believing they are separate and alone. They WILL be healed when you accept your gifts, because your Guest will welcome everyone whose feet have touched the holy ground whereon you stand, and where His gifts for them are laid.

You do not see how much you now can GIVE, because of everything you have received. Yet He Who entered in but waits for YOU to come where you invited HIM to be. There is no other place where He can find His host, nor where His host can meet with Him. And nowhere else His gifts of peace and joy, and all the happiness His Presence brings can be obtained. For they are where He is that brought them with Him, that they might be yours. You cannot see your Guest, but you CAN see the gifts He brought. And when you LOOK on them, you will believe His Presence MUST be there. For what you now can do could not BE done without the love and grace His Presence holds.

Such is the promise of the living God; His Son have life, and every living thing is part of him, and nothing else has life. What YOU have “given” life is NOT alive, and symbolizes but your wish to be alive APART from life, alive in death, with death perceived as life, and living, death. Confusion follows on confusion here, for ON confusion has this world been based, and there is nothing else it rests upon. Its basis does not change, although it SEEMS to be in constant change. But what is that except the state confusion really MEANS? Stability to those who are confused is meaningless. And shift and change become the law on which they predicate their lives.

The body does not change. It represents the larger dream that change is POSSIBLE. To change is to attain a state unlike the one in which you found yourself before. There IS no change in immortality, and Heaven knows it not. Yet here on earth, it has a double purpose, for it can be made to teach opposing things. And they reflect the teacher who is teaching them. The body can APPEAR to change with time, with sickness or with health, and with events that seem to alter it. And this but means the mind remains unchanged in its belief of what the PURPOSE of the body is.

Sickness is a demand the body be a thing that it is not. Its NOTHINGNESS is guarantee that it can NOT be sick. In your demand that it be MORE than this lies the idea of sickness. For it asks that God be LESS than all He really is. What, then, becomes of YOU, for it IS you of whom the sacrifice is asked? For He is told that part of him BELONGS to Him no longer. He must sacrifice your self, and in His sacrifice are YOU made more, and He is lessened by the loss of you. And what is GONE from Him becomes your god, PROTECTING you from being part of Him.

The body that is asked to be a god WILL be attacked, because its nothingness has not been recognized. And so it seems to be a thing with power IN ITSELF. As something, it CAN be perceived, and thought to feel and act, and hold you in its grasp as prisoner to itself. And it CAN fail to be what you demanded it to be. And you WILL hate it for its littleness, unmindful that the failure does not lie in that it is not MORE than it should be, but ONLY in YOUR failure to perceive that it is nothing. Yet its nothingness IS your salvation, from which you would flee.

As something, is the body asked to be God’s enemy, replacing what He is with littleness and limit and despair. It is HIS loss you celebrate when you behold the body as a thing you love, or look upon it as a thing you hate. For if He be the sum of everything, then what is NOT in Him does not exist. And His completion IS its nothingness. Your Savior is NOT dead, nor does he dwell in what was built as temple unto death. He lives in God, and it is this that makes him Savior unto YOU, and ONLY this. His body’s nothingness releases yours from sickness and from death. For what is yours cannot be more NOR less than what is his.

It is too soon to ask about the Medical Center. But think how all the steps are being taken for a stunning end to all your trials. This year will end in blazing glory and there will be nothing left to doubt or sorrow for. Step back just a little and look. Do you not see the giant steps already behind you? Can you doubt the rest?

Urtext – Workbook for Students
337. “My sinlessness protects me from all harm.”

My sinlessness ensures me perfect peace, eternal safety, everlasting love, freedom forever from all thought of loss; complete deliverance from suffering. And only happiness can be my state, for only happiness is given me. What must I do to know all this is mine? I must accept Atonement for myself, and nothing more. God has already done all things that need be done. And I must learn I need do nothing of myself, for I need but accept my Self, my sinlessness, created for me, now already mine, to feel God’s Love protecting me from harm, to understand my Father loves His Son; to know I am the Son my Father loves.

“You who created me in sinlessness are not mistaken about what I am. I was mistaken when I thought I sinned, but I accept Atonement for myself. Father, my dream is ended now. Amen.”