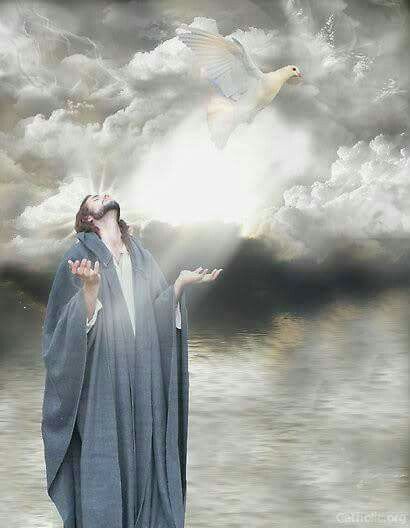 
VI. The State of Sinlessness
37 The state of sinlessness is merely this: the whole desire to attack is gone, and so there is no reason to perceive the Son of God as other than he is. The need for guilt is gone because it has no purpose and is meaningless without the goal of sin. Attack and sin are bound as one illusion, each the cause and aim and justifier of the other. Each is meaningless alone, but seems to draw a meaning from the other. Each depends upon the other for whatever sense it seems to have. And no one could believe in one unless the other were the truth, for each attests the other must be true.

38 Attack makes Christ your enemy and God along with Him. Must you not be afraid with "enemies" like these? And must you not be fearful of yourself? For you have hurt yourself and made your Self your "enemy." And now you must believe you are not you but something alien to yourself and "something else," a "something" to be feared instead of loved. Who would attack whatever he perceives as wholly innocent? And who, because he wishes to attack, can fail to think it must be guilty to deserve the wish and leave him innocent? And who would see the Son of God as innocent and wish him dead? Christ stands before you both each time you look on one another. He has not gone because your eyes are closed. But what is there to see by searching for your savior, seeing Him through sightless eyes?

39 It is not Christ you see by looking thus. It is the "enemy" confused with Christ you look upon. And hate because there is no sin in him for you to see. Nor do you hear his plaintive call, unchanged in content in whatever form the call is made, that you unite with him and join with him in innocence and peace. And yet beneath the ego's senseless shrieks, such is the call that God has given him that you might hear in him His Call to you and answer by returning unto God what is His own.

40 The Son of God asks only this of you—that you return to him what is his due that you may share in it with him. Alone does neither have it. So must it remain useless to both. Together, it will give to each an equal strength to save the other and save himself along with him. Forgiven by you, your savior offers you salvation. Condemned by you, he offers death to you. In everyone you see but the reflection of what you chose to have him be to you. If you decide against his proper function, the only one he has in truth, you are depriving him of all the joy he would have found if he fulfilled the role God gave to him. But think not Heaven is lost to him alone. Nor can it be regained unless the way is shown to him through you that you may find it, walking by his side.

41 It is no sacrifice that he be saved, for by his freedom will you gain your own. To let his function be fulfilled is but the means to let yours be. And so you walk toward Heaven or toward hell, but not alone. How beautiful his sinlessness will be when you perceive it! And how great will be your joy, when he is free to offer you the gift of sight God gave to him for you! He has no need but this—that you allow him freedom to complete the task God gave to him. Remembering but this—that what he does you do along with him. And as you see him, so do you define the function he will have for you until you see him differently and let him be what God appointed that he be to you.

42 Against the hatred that the Son of God may cherish toward himself is God believed to be without the power to save what He created from the pain of hell. But in the love he shows himself is God made free to let His Will be done. In each of you, you see the picture of your own belief in what the Will of God must be for you. In your forgiveness will you understand His love for you; through your attack believe He hates you, thinking Heaven must be hell. Look once again upon your brother, not without the understanding that he is the way to Heaven or to hell as you perceive him. But forget not this—the role you give to him is given you, and you will walk the way you pointed out to him because it is your judgment on yourself.


VII. The Special Function
43 The grace of God rests gently on forgiving eyes, and everything they look on speaks of Him to the beholder. He can see no evil, nothing in the world to fear, and no one who is different from himself. And as he loves them, so he looks upon himself with love and gentleness. He would no more condemn himself for his mistakes than damn another. He is not an arbiter of vengeance nor a punisher of sin. The kindness of his sight rests on himself with all the tenderness it offers others. For he would only heal and only bless. And being in accord with what God wills, he has the power to heal and bless all those he looks on with the grace of God upon his sight.

44 Eyes become used to darkness, and the light of brilliant day seems painful to the eyes grown long accustomed to the dim effects perceived at twilight. And they turn away from sunlight and the clarity it brings to what they look upon. Dimness seems better—easier to see and better recognized. Somehow, the vague and more obscure seems easier to look upon; less painful to the eyes than what is wholly clear and unambiguous. Yet this is not what eyes are for. And who can say that he prefers the darkness and maintain he wants to see? The wish to see calls down the grace of God upon your eyes and brings the gift of light that makes sight possible.

45 Will you behold your brother? God is glad to have you look on him. He does not will your savior be unrecognized by you. Nor does He will that he remain without the function that He gave to him. Let him no more be lonely, for the lonely ones are those who see no function in the world for them to fill, no place where they are needed, and no aim which only they can perfectly fulfill.

46 Such is the Holy Spirit's kind perception of specialness—His use of what you made, to heal instead of harm. To each He gives a special function in salvation he alone can fill—a part for only him. Nor is the plan complete until he finds his special function and fulfills the part assigned to him to make himself complete within a world where incompletion rules.

47 Here, where the laws of God do not prevail in perfect form, can he yet do one perfect thing and make oneperfect choice. And by this act of special faithfulness to one perceived as other than himself, he learns the gift was given to himself, and so they must be one. Forgiveness is the only function meaningful in time. It is the means the Holy Spirit uses to translate specialness from sin into salvation. Forgiveness is for all. But when it rests on all, it is complete and every function of this world completed with it. Then is time no more.

48 Yet while in time, there is still much to do. And each must do what is allotted him, for on his part does all the plan depend. He has a special part in time, for so he chose, and choosing it, he made it for himself. His wish was not denied but changed in form to let it serve his brother and himself and thus become a means to save instead of lose. Salvation is no more than a reminder this world is not your home; its laws are not imposed on you; its values are not yours. [And nothing that you think you see in it is really there at all.] And this is seen and understood as each one takes his part in its undoing, as he did in making it. He has the means for either, as he always did. The specialness he chose to hurt himself did God appoint to be the means for his salvation from the very instant that the choice was made. His special sin was made his special grace. His special hate became his special love.

49 The Holy Spirit needs your special function that His may be fulfilled. Think not you lack a special value here. You wanted it, and it is given you. All that you made can serve salvation easily and well. The Son of God can make no choice the Holy Spirit cannot employ on his behalf and not against himself. Only in darkness does your specialness appear to be attack. In light, you see it as your special function in the plan to save the Son of God from all attack and let him understand that he is safe, as he has always been and will remain in time and in eternity alike. This is the function given each of you for one another. Take it gently then from one another's hand, and let salvation be perfectly fulfilled in both of you. Do this one thing, that everything be given you.


Let all things be exactly as they are.

1 Let me not be Your critic, Lord, today, and judge against You. Let me not attempt to interfere with Your creation and distort it into sickly forms. Let me be willing to withdraw my wishes from its unity and thus to let it be as You created it. For thus will I be able, too, to recognize my Self as You created me. In Love was I created, and in Love will I remain forever. What can frighten me when I let all things be exactly as they are?