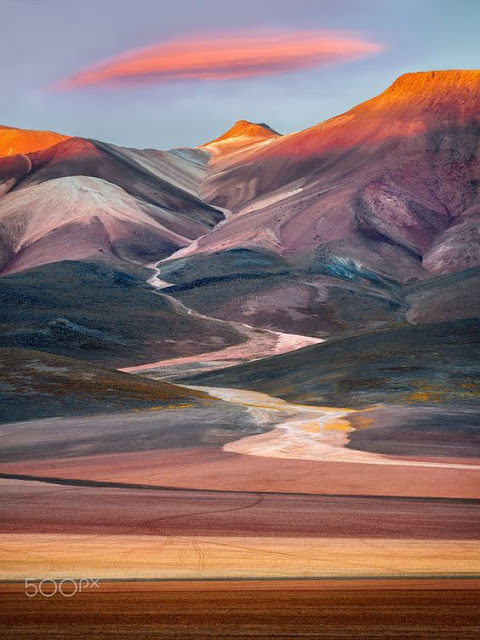 
VI. The Only Purpose

57 The real world is the state of mind in which the only purpose of the world is seen to be forgiveness. Fear is not its goal, and the escape from guilt becomes its aim. The value of forgiveness is perceived and takes the place of idols which are sought no longer, for their "gifts" are not held dear. No rules are idly set, and no demands are made of anyone or anything to twist and fit into the dream of fear. Instead, there is a wish to understand all things created as they really are. And it is recognized that all things must be first forgiven, and then understood.

58 Here, it is thought that understanding is acquired by attack. There, it is clear that by attack is understanding lost. The folly of pursuing guilt as goal is fully recognized. And idols are not wanted there, for guilt is understood as the sole cause of pain in any form. No one is tempted by its vain appeal, for suffering and death have been perceived as things not wanted and not striven for. The possibility of freedom has been grasped and welcomed, and the means by which it can be gained can now be understood. The world becomes a place of hope because its only purpose is to be a place where hope of happiness can be fulfilled. And no one stands outside this hope because the world has been united in belief the purpose of the world is one which all must share if hope be more than just a dream.

59 Not yet is Heaven quite remembered, for the purpose of forgiveness still remains. Yet everyone is certain he will go beyond forgiveness, and he but remains until it is made perfect in himself. He has no wish for anything but this. And fear has dropped away because he is united in his purpose with himself. There is a hope of happiness in him so sure and constant he can barely stay and wait a little longer with his feet still touching earth. Yet is he glad to wait till every hand is joined and every heart made ready to arise and go with him. For thus is he made ready for the step in which is all forgiveness left behind.

60 The final step is God's because it is but God Who could create a perfect Son and share His Fatherhood with him. No one outside of Heaven knows how this can be, for understanding this is Heaven itself. Even the real world has a purpose still beneath creation and eternity. But fear is gone because its purpose is forgiveness, not idolatry. And so is Heaven's Son prepared to be himself, and to remember that the Son of God knows everything his Father understands and understands it perfectly with Him.

61 The real world still falls short of this, for this is God's own purpose—only His, and yet completely shared and perfectly fulfilled. The real world is a state in which the mind has learned how easily do idols go when they are still perceived, but wanted not. How willingly the mind can let them go when it has understood that idols are nothing and nowhere and are purposeless. For only then can guilt and sin be seen without a purpose and as meaningless.

62 Thus is the real world's purpose gently brought into awareness, to replace the goal of sin and guilt. And all that stood between your image of yourself and what you are, forgiveness washes joyfully away. Yet God need not create His Son again that what is his be given back to him. The gap between your brother and yourself was never there. And what the Son of God knew in creation, he must know again.

63 When brothers join in purpose in the world of fear, they stand already at the edge of the real world. Perhaps they still look back and think they see an idol that they want. Yet has their path been surely set away from idols toward reality. For when they joined their hands, it was Christ's hand they took, and they will look on Him Whose hand they hold. The face of Christ is looked upon before the Father is remembered. For He must be unremembered till His Son has reached beyond forgiveness to the love of God. Yet is the love of Christ accepted first. And then will come the knowledge They are One.

64 How light and easy is the step across the narrow boundaries of the world of fear when you have recognized Whose hand you hold! Within your hand is everything you need to walk with perfect confidence away from fear forever and to go straight on and quickly reach the gate of Heaven itself. For He Whose hand you hold was waiting but for you to join Him. Now that you have come, would He delay in showing you the way that He must walk with you? His blessing lies on you as surely as His Father's love rests upon Him. His gratitude to you is past your understanding, for you have enabled Him to rise from chains and go with you together to His Father's house.

65 An ancient hate is passing from the world. And with it goes all hatred and all fear. Look back no longer, for what lies ahead is all you ever wanted in your hearts. Give up the world! But not to sacrifice. You never wanted it. What happiness have you sought here that did not bring you pain? What moment of content has not been bought at fearful price in coins of suffering? Joy has no cost. It is your sacred right, and what you pay for is not happiness. Be speeded on your way by honesty, and let not your experiences here deceive in retrospect. They were not free from bitter cost and joyless consequence.

66 Do not look back except in honesty. And when an idol tempts you, think of this:


67 There never was a time an idol brought
You anything except the "gift" of guilt.
Not one was bought except at cost of pain,
Nor was it ever paid by you alone.

68 Be merciful unto your brother, then. And do not choose an idol thoughtlessly, remembering that he will pay the cost as well as you. For he will be delayed when you look back, and you will not perceive Whose loving hand you hold. Look forward, then, and walk in confidence with happy hearts that beat in hope and do not pound in fear.

69 The Will of God forever lies in those whose hands are joined. Until they joined, they thought He was their enemy. But when they joined and shared a purpose, they were free to learn their will is one. And thus the Will of God must reach to their awareness. Nor can they forget for long that it is but their own.

1 I have a special place to fill—a role for me alone. Salvation waits until I take this part as what I choose to do. Until I make this choice, I am the slave of time and human destiny. But when I willingly and gladly go the way my Father's plan appointed me to go, then will I recognize salvation is already here, already given all my brothers and already mine as well.

2 Father, Your way is what I choose today. Where it would lead me, do I choose to go; what it would have me do, I choose to do. Your way is certain and the end secure. The memory of You awaits me there, and all my sorrows end in Your embrace, which You have promised to Your Son, who thought mistakenly that he had wandered from the sure protection of Your loving arms.