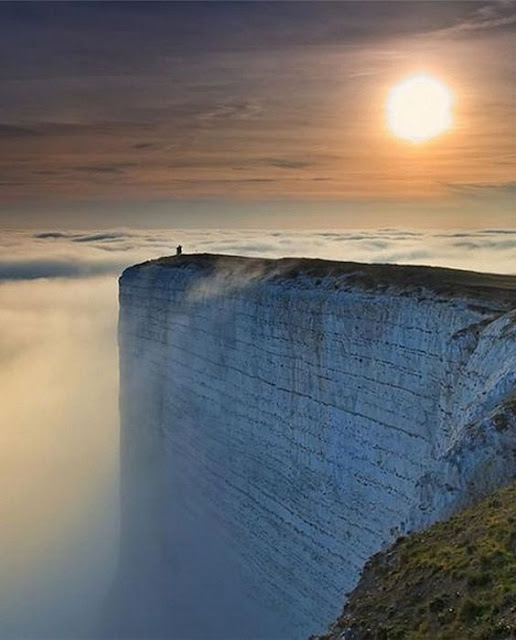 Day 316
You think your brother is unfair to you BECAUSE you think that one must be unfair to MAKE the other innocent. And in this game do you perceive one PURPOSE of your whole relationship. And this you seek to ADD unto the purpose GIVEN it. The Holy Spirit’s purpose is to let the Presence of your holy Guests be known to you. And TO this purpose nothing CAN be added, for the world is purposeless except for this. To add or take away from this ONE goal is but to take away ALL purpose from the world, and from yourself. And each unfairness that the world appears to lay upon you, you have laid on it, by rendering it purposeless, without the function that the Holy Spirit sees. And simple justice has been thus denied to every living thing upon the earth.

What this injustice does to you who judge unfairly, and who see as you have judged, you cannot calculate. The world grows dim and threatening, and not a trace of all the happy sparkle that salvation brought can you perceive, to lighten up your way. And so you see YOURSELF deprived of light, abandoned to the dark, unfairly left without a purpose in a futile world. The world is fair because the Holy Spirit has brought injustice to the Light within, and there has ALL unfairness been resolved, and been REPLACED with justice and with love. If you perceive injustice anywhere, you need but say, “By this do I DENY the Presence of the Father and the Son. And I would rather know of Them than see injustice, which Their Presence shines away.”

CHAPTER 27 – THE BODY AND THE DREAM
Introduction

The wish to be unfairly treated is a compromise attempt that would COMBINE attack and innocence. Who can combine the wholly incompatible, and make a unity of what can NEVER join? Walk you the gentle way, and you will fear no evil and no shadows in the night. But place no terror symbols on the path, or you will weave a crown of thorns from which your brother and yourself will NOT escape. You CANNOT crucify yourself alone. And if you are unfairly treated, he MUST suffer the unfairness that you see. You CANNOT sacrifice yourself alone. For sacrifice is total. If it could occur at all, it would entail the whole of God’s creation, and the Father with the sacrifice of his beloved Son.

In your RELEASE from sacrifice is HIS made manifest, and shown to be his own. But every pain you suffer do you see as proof that HE is guilty of attack. Thus would you make yourself to be the sign that he has LOST his innocence, and need but look on you to realize that HE has been condemned. And what to YOU has been unfair will come to HIM in righteousness. The unjust vengeance that you suffer now belongs to HIM, and when it RESTS on him, are YOU set free. Wish not to make yourself a living symbol of his guilt, for you will NOT escape the death you make for him, and in HIS innocence you find your own.

The Picture of the Crucifixion

Whenever you consent to suffer pain, to be deprived, unfairly treated, or in need of ANYTHING, you but accuse your brother of attack upon God’s Son. You hold a picture of your crucifixion before his eyes, that he may see his sins are writ in Heaven in your blood and death, and go before him, closing off the gate, and damning him to hell. Yet this is writ in hell and NOT in Heaven, where you are BEYOND attack, and prove his INNOCENCE. The picture of yourself you offer him you show YOURSELF, and give it all your faith. The Holy Spirit offers you, to give to him, a picture of yourself in which there is NO pain and NO reproach at all. And what was martyred to his guilt becomes the perfect witness to his innocence.

The power of witness is beyond belief, because it brings conviction in its wake. The witness is believed BECAUSE he points beyond himself, to what he REPRESENTS. A sick and suffering you but represents your brother’s guilt; the witness which you send, lest he forget the injuries he gave, from which you swear he never will escape. This sick and sorry picture YOU accept, if only it can serve to punish him. The sick are merciless to everyone, and in contagion do they seek to kill. Death seems an easy price, if they can say, “Behold me, brother, at your hand I die.” For sickness is the witness to his guilt, and death would prove his errors MUST be sins.

Sickness is but a “little” death; a form of vengeance not yet total. Yet it speaks with certainty for what it represents. The bleak and bitter picture you have sent your brother, YOU have looked upon in grief. And everything that it has shown to him have you believed, BECAUSE it witnessed to the guilt in him, which you perceived and loved. Now in the hands made gentle by His touch, the Holy Spirit lays a picture of a DIFFERENT you. It is a picture of a body still, for what you REALLY are cannot be seen nor pictured. But THIS one has NOT been used for purpose of attack, and therefore never suffered pain at all. IT witnesses to the eternal truth that you cannot BE hurt, and points BEYOND itself to both YOUR innocence and HIS.

Show THIS unto your brother, who will see that every scar is healed, and every tear is wiped away in laughter and in love. And he will look on his forgiveness there, and with healed eyes will look BEYOND it, to the innocence that he beholds in you. Here is the proof that he has NEVER sinned; that NOTHING that his madness bid him do was ever done, or ever had effects of any kind. That NO reproach he laid upon his heart was EVER justified, and NO attack can touch him with the poisoned sting of fear. Attest his innocence and NOT his guilt. YOUR healing is his comfort and HIS health. BECAUSE it proves illusions were not true.

Urtext – Song of Prayer (Healing, cont., The Holiness of Healing)

Listen, My child, Your Father calls to you. Do not refuse to hear the call of Love. Do not deny to Christ what is His Own. Heaven is here and Heaven is your home. Creation leans across the bars of time to lift the heavy burden from the world. Lift up your hearts to greet its advent. See the shadows fade away in gentleness; the thorns fall softly from the bleeding brow of him who is the holy Son of God. How lovely are you, Child of Holiness! How like to Me! How lovingly I hold you in My heart and in My arms. How dear is every gift that you have given Me, who healed My Son and took him from the cross.

Urtext – Workbook for Students
316. “All gifts I give my brothers are my own.”

As every gift my brothers give is mine, so every gift I give belongs to me. Each one allows a past mistake to go, and leave no shadow on the holy mind my Father loves. His grace is given me in every gift a brother has received throughout all time, and past all time as well. My treasure-house is full, and angels watch its open doors, that not one gift is lost and only more are added. Let me come to where my treasures are, and enter in where I am truly welcome and at home among the gifts that God has given me.

“Father, I would accept Your gifts today. I do not recognize them. Yet I trust that You Who gave them will provide the means by which I can behold them, see their worth, and cherish only them as what I want.”