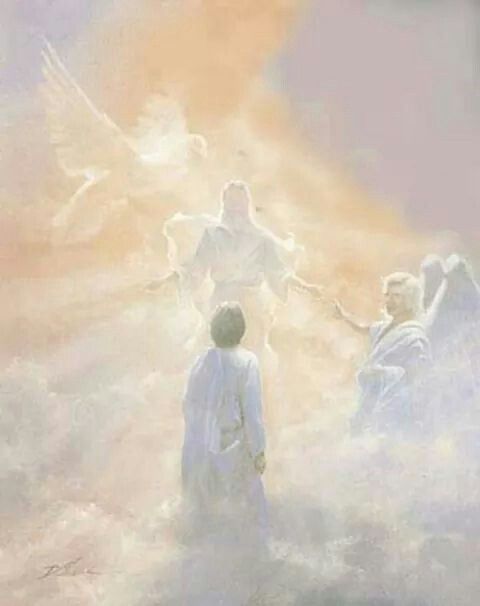 44 The only way to heal is to be healed. The miracle extends without your help, but you are needed that it can begin. Accept the miracle of healing, and it will go forth because of what it is. It is its nature to extend itself the instant it is born. And it is born the instant it is offered and received. No one can ask another to be healed. But he can let himself be healed and thus offer the other what he has received. Who can bestow upon another what he does not have? And who can share what he denies himself? The Holy Spirit speaks to you. He does not speak to someone else. Yet by your listening, His Voice extends because you have accepted what He says.

45 Health is the witness unto health. As long as it is unattested, it remains without conviction. Only when demonstrated has it been proved and must compel belief. No one is healed through double messages. If you wish only to be healed, you heal. Your single purpose makes this possible. But if you are afraid of healing, then it cannot come through you. The only thing that is required for a healing is a lack of fear. The fearful are not healed and cannot heal. This does not mean the conflict must be gone forever from your mind. For if it were, there'd be no need for healing then. But it does mean, if only for an instant, you love without attack. An instant is sufficient. Miracles wait not on time.

46 The holy instant is the miracle's abiding-place. From there each one is born into this world as witness to a state of mind which has transcended conflict and has reached to peace. It carries comfort from the place of peace into the battleground and demonstrates that war has no effects. For all the hurt that war has sought to bring-the broken bodies and the shattered limbs, the screaming dying and the silent dead-are gently lifted up and comforted. There is no sadness where a miracle has come to heal. And nothing more than just one instant of your love without attack is necessary that all this occur. In that one instant are you healed, and in that single instant is all healing done.

47 What stands apart from you when you accept the blessing that the holy instant brings? Be not afraid of blessing, for the One Who blesses you loves all the world and leaves nothing within the world that could be feared. But if you shrink from blessing will the world indeed seem fearful, for you have withheld its peace and comfort, leaving it to die. Would not a world so bitterly bereft be looked on as a condemnation by the one who could have saved it but stepped back because he was afraid of being healed? The eyes of all the dying bring reproach, and suffering whispers, "What is there to fear?" Consider well its question. It is asked of you on your behalf. A dying world asks only that you rest an instant from attack upon yourself, that it be healed.

48 Come to the holy instant and be healed, for nothing that is there received is left behind on your returning to the world. And being blessed, you will bring blessing. Life is given you to give the dying world. And suffering eyes no longer will accuse, but shine in thanks to you who blessing gave. The holy instant's radiance will light your eyes and give them sight to see beyond all suffering and see Christ's face instead. Healing replaces suffering. Who looks on one cannot perceive the other, for they cannot both be there. And what you see the world will witness, and will witness to.

49 Thus is your healing everything the world requires that it may be healed. It needs one lesson which has perfectly been learned. And then when you forget it will the world remind you gently of what you have taught. No reinforcement will its thanks withhold from you who let yourself be healed that it might live. It will call forth its witnesses to show the face of Christ to you who brought the sight to them by which they witnessed it. The world of accusation is replaced by one in which all eyes look lovingly upon the Friend who brought them their release. And happily your brother will perceive the many friends he thought were enemies.

50 Problems are not specific, but they take specific forms, and these specific shapes make up the world. And no one understands the nature of his problem. If he did, it would be there no more for him to see. Its very nature is that it is not. And thus while he perceives it, he can not perceive it as it is. But healing is apparent in specific instances and generalizes to include them all. This is because they really are the same despite their different forms. All learning aims at transfer, which becomes complete within two situations which are seen as one, for only common elements are there. Yet this can only be attained by One Who does not see the differences you see. The total transfer of your learning is not made by you. But that it has been made in spite of all the differences you see convinces you that they could not be real.

51 Your healing will extend and will be brought to problems that you thought were not your own. And it will also be apparent that your many different problems will be solved as any one of them has been escaped. It cannot be their differences which made this possible, for learning does not jump from situations to their opposites and bring the same results. All healing must proceed in lawful manner in accord with laws which have been properly perceived but never violated. Fear you not the way that you perceive them. You are wrong, but there is One within you Who isright.

52 Leave, then, the transfer of your learning to the One Who really understands its laws and Who will guarantee that they remain unviolated and unlimited. Your part is merely to apply what He has taught you to yourself, and He will do the rest. And thus the power of your learning will be proved to you by all the many different witnesses it finds. Your brother first among them will be seen, but thousands stand behind him, and beyond each one there are a thousand more. Each one may seem to have a problem which is different from the rest. Yet they are solved together. And their common answer shows the questions could not have been separate.

53 Peace be to you whom is healing offered. And you will learn that peace is given you when you accept the healing for yourself. Its total value need not be appraised by you to let you understand that you have benefitted from it. What occurred within the instant which love entered in without attack will stay with you forever. Your healing will be one of its effects, as will your brother's. Everywhere you go will you behold its multiplied effects. Yet all the witnesses that you behold will be far less than all there really are. Infinity cannot be understood by merely counting up its separate parts. God thanks you for your healing, for He knows it is a gift of love unto His Son, and therefore is it given unto Him.


The hush of Heaven holds my heart today.

1 Father, how still today! How quietly do all things fall in place! This is the day that has been chosen as the time in which I come to understand the lesson that there is no need that I do anything. In You is every choice already made. In You has every conflict been resolved. In You is everything I hope to find already given me. Your peace is mine. My heart is quiet and my mind at rest. Your Love is Heaven, and Your Love is mine.

2 The stillness of today will give us hope that we have found the way and travelled far along it to a wholly certain goal. Today we will not doubt the end which God Himself has promised us. We trust in Him and in our Self, Who still is one with Him.