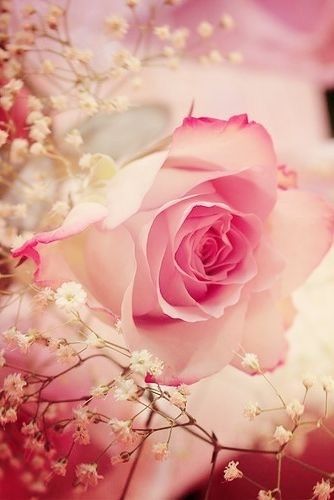 Day 323
The Purpose of Pain

Pain demonstrates the body must be real. It is a loud, obscuring voice, whose shrieks would silence what the Holy Spirit says, and keep His words from your awareness. Pain compels attention, drawing it away from Him, and focusing upon itself. Its purpose is the same as pleasure, for they both are means TO MAKE THE BODY REAL. What shares a common function IS the same. This is the law of purpose, which unites all those who share in it within itself. Pleasure and pain are EQUALLY unreal, because their purpose CANNOT be achieved. Thus are they means for nothing, for they have a goal without a meaning. And they share the lack of meaning that their PURPOSE has.

Sin shifts from pain to pleasure, and again to pain. For EITHER witness is the same, and carries but one message, “You are here, WITHIN this body, and you CAN be hurt. You can have pleasure, too, but ONLY at the cost of pain.” These witnesses are joined by many more. Each one SEEMS different, because it has a different NAME, and so it seems to answer to a different SOUND. Except for this, the witnesses of sin are all alike. Call pleasure “pain,” and it will hurt. Call pain pleasure, and the pain BEHIND the pleasure will be felt no more. Sin’s witnesses but shift from name to name, as one steps forward, and another, back. Yet which is foremost makes NO difference. Sin’s witnesses hear but the call of death.

This body, purposeless within itself, holds all your memories and all your hopes. You use its eyes to see, its ears to hear, and let it TELL you what it is it feels. IT DOES NOT KNOW. It tells you but the NAMES you gave it to use, when YOU call forth the witnesses to its reality. You cannot choose AMONG them which are real, for any one you choose is like the rest. This name or that, but nothing more, you choose. You do not MAKE a witness true, because you called him by truth’s NAME. The truth is found in him IF IT IS TRUTH HE REPRESENTS. And otherwise he lies, if you should call him by the Holy Name of God Himself.

God’s Witness sees no witnesses AGAINST the body. Neither does He harken to the witnesses by OTHER names, which speak in OTHER ways for its reality. He KNOWS it is not real. For NOTHING could contain what you believe it holds within. Nor COULD it tell a Part of God Himself what It should feel, and what Its Function is. Yet must He love whatever YOU hold dear. And for each witness to the body’s death, He sends a witness to your Life in Him Who knows no death. Each miracle He brings is witness that the body is NOT real. Its pains and pleasures does He heal alike, for ALL sin’s witnesses do His replace.

The miracle makes NO distinctions in the names by which sin’s witnesses are called. It merely proves that what they REPRESENT has no effects. And this it proves BECAUSE its own effects have come to take their place. It matters not the name by which you called your suffering. IT IS NO LONGER THERE. The One Who brings the miracle perceived them all as one, and called by name of “fear.”

As fear is witness unto death, so is the miracle the witness unto Life. It is a witness no-one can deny, for it is the EFFECTS of life it brings. The dying live, the dead arise, and pain has vanished. Yet a miracle speaks not but for itself, but what it REPRESENTS. Love, too, has symbols in a world of sin. The miracle forgives BECAUSE it stands for what is PAST forgiveness, and is TRUE.

How foolish and insane it is to think a miracle is BOUND by laws which it came solely to UNDO.
The laws of SIN have different witnesses, with different strengths. And THEY attest to different suffering. Yet to the One Who sends forth miracles to bless the world, a tiny stab of pain, a little worldly pleasure, and the throes of death itself are but a single sound; a call for healing, and a plaintive cry for help within a world of misery. It is their SAMENESS that the miracle attests. It is their SAMENESS that it PROVES. The laws which call them DIFFERENT are dissolved, and SHOWN as powerless. The PURPOSE of a miracle is to accomplish this. And God Himself has GUARANTEED the strength of miracles for what they witness TO.

Be witnesses unto the miracle, and NOT the laws of sin. There is no NEED to suffer any more. But there IS need that you be healed, because the suffering of the world has made it deaf to its salvation and deliverance. The resurrection of the world awaits YOUR healing and YOUR happiness, that you may DEMONSTRATE the healing of the world. The holy instant will replace ALL sin, if you but carry its effects with you. And no-one will ELECT to suffer more. What better function COULD you serve than this? Be healed that you may heal, and suffer not the laws of sin to be applied to YOU. And Truth WILL be revealed to you who chose to let Love’s symbols TAKE THE PLACE of sin.

Bill was right in not regarding this as a separate problem. The savage problem of personal rejection.

There is no fear in perfect love. You do not want him to feel guiltless, but rejected.

This area is the only one in which you want to retain this, but you will not be able to limit it. You will not see his purity until you give up rejection as a weapon against him OR against everyone else. You think these are the only alternatives. Be sure to consider why you want to maintain this position. Bill will help you with this.
(End of Special Note for Helen)

Urtext – Workbook for Students
323. “I gladly make the ‘sacrifice’ of fear.”

“Here is the only ‘sacrifice’ You ask of Your beloved Son; You ask him to give up all suffering, all sense of loss and sadness, all anxiety and doubt, and freely let Your Love come streaming in to his awareness, healing him of pain, and giving him Your own eternal joy. Such is the ‘sacrifice’ You ask of me, and one I gladly make; the only ‘cost’ of restoration of Your memory to me, for the salvation of the world.”

And as we pay the debt we owe to truth – a debt which merely is the letting-go of self-deceptions and of images we worshipped falsely – truth returns to us in wholeness and in joy. We are deceived no longer. Love has now returned to our awareness. And we are at peace again, for fear has gone and only Love remains.