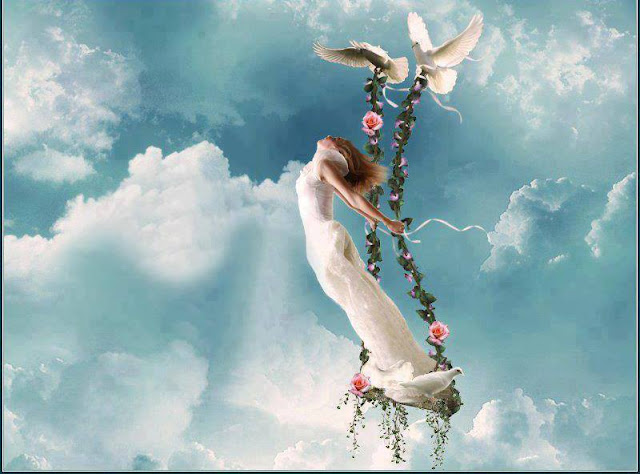 The Mastery of Love is the Correction of Error
It has already been said that man CANNOT control fear, because he himself created it. His belief in it renders it out of his control by definition. For this reason, any attempt to resolve the basic conflict through the concept of mastery of fear is meaningless. In fact, it asserts the power of fear by the simple assumption that it need be mastered at all.

The essential resolution rests entirely on the mastery of love. In the interim, conflict is inevitable. The reason for this is the strangely illogical position in which man had placed himself. Since we have frequently emphasized that correction must be applied within the level that error occurs, it should be clear that the miracle MUST be illogical because its purpose is to correct the illogical and restore order.

Two concepts which CANNOT coexist are nothing and everything. To whatever extent one is believed in, the other HAS BEEN abolished. In the conflict, fear is really nothing, and love is really everything. (This recognition is really the basis for the castration complex.) This is because whenever light penetrates darkness, it DOES abolish it. The unwillingness to be seen, or submit error to light, is spuriously associated with active doing. In this incarnation, this can take the form of oedipal involvement and concomitant castration anxiety.

However, in more long range and meaningful terms, the oedipal complex is a miniature of the true separation fear, and the castration complex is a way of denying that it ever occurred. Like all pseudo-solutions, this kind of distorted thinking is very creative, but false. The Separation HAS occurred. To deny this is merely to misuse denial. However, to concentrate on error is merely a further misuse of legitimate psychic mechanisms. The true corrective procedure, which has already been described as the proper use of the Spiritual Eye (or true vision), is to accept the error temporarily, BUT ONLY as an indication that IMMEDIATE correction is mandatory. This establishes a state of mind in which the Atonement can be accepted without delay.

It is worth repeating that ultimately there is no compromise possible between everything and nothing.

The purpose of time is essentially a device by which all compromise in this respect can be abolished.

It seems to be abolished by degrees precisely because time itself involves a concept of intervals which do not really exist. The faulty use of creation has made this necessary as a corrective device.

It should be noted that God HAS begotten only ONE Son. If you believe that all of the Souls that God created ARE His Sons, and if you also believe that the Sonship is One, then every Soul MUST be a Son of God, or an integral part of the Sonship. You do not find the concept that the whole is greater than its parts difficult to understand. You should therefore not have too great difficulty with this. The Sonship in its Oneness DOES transcend the sum of its parts. However, it loses this special state as long as any of its parts are missing. This is why the conflict cannot ultimately be resolved UNTIL all of the individual parts of the Sonship have returned. Only then, in the true sense, can the meaning of wholeness be understood.

The concept of minus numbers has always been regarded as a mathematical rather than an actual expedient. (This is a major limitation on mathematics as presently understood.) Any statement which implies degrees of difference in negation is essentially meaningless. What can replace this negative approach is a recognition of the fact that as long as one part (which is the same as a million or ten or eight thousand parts) of the Sonship is missing, it is NOT complete.

In the Divine psyche, the Father and the Holy Spirit are not incomplete at all. The Sonship has the unique faculty of believing in error, or incompleteness, if he so elects. However, it is quite apparent that so to elect IS to believe in the existence of nothingness. The correction of this error is the Atonement.

We have already briefly spoken about readiness. But there are some additional awarenesses which might be helpful. Readiness is nothing more than the prerequisite for accomplishment. The two should not be confused. As soon as a state of readiness occurs, there is always some will to accomplish, but this is by no means undivided. The state does not imply more than the potential for a shift of will. Confidence cannot develop fully until mastery has been accomplished. We began this section with an attempt to correct the fundamental human error that fear can be mastered. The Correction was that ONLY love can be mastered. When I told you that you were “ready for Revelation,” I did not mean that you had in any way mastered this form of communication. However, you yourself attested to your readiness by insisting that I would not have said so if it had not been true. This IS an affirmation of readiness. Mastery of love necessarily involves a much more complete confidence in the ability than either of you has attained. But the readiness at least is an indication that you believe this is possible. This is only the beginning of confidence.

In case this be misunderstood as a statement that an enormous amount of time will be necessary between readiness and mastery, I would again remind you that time and space are under My control.

To teach is to demonstrate. There are only two thought systems, and you demonstrate that you believe one or the other is true all the time. From your demonstration others learn and so do you. The question is not whether you will teach, for in that there is no choice. The purpose of the course might be said to provide you with a means of choosing what you want to teach on the basis of what you want to learn. You cannot give to someone else, and this you learn through teaching. Teaching is but a call to witnesses to attest to what you believe. It is a method of conversion. This is not done by words alone. Any situation must be to you a chance to teach others what you are and what they are to you. No more than that, but also never less.

This idea contains the first glimmerings of your true function in the world, or why you are here. Your purpose is to see the world through your own holiness. Thus are you and the world blessed together. No one loses; nothing is taken away from anyone; everyone gains through your holy vision. It signifies the end of sacrifice, because it offers everyone his full due. And he is entitled to everything, because it is his birthright as a Son of God.

There is no other way in which the idea of sacrifice can be removed from the world’s thinking. Any other way of seeing will inevitably demand payment of someone or something. As a result, the perceiver will lose. Nor will he have any idea why he is losing. Yet is his wholeness restored to his awareness through your vision.

Your holiness blesses him by asking nothing of him. Those who see themselves as whole make no demands. Your holiness is the salvation of the world. It lets you teach the world that it is one with you, not by preaching to it, not by telling it anything, but merely by your quiet recognition that in your holiness are all things blessed, along with you.

Today’s four longer exercise periods, each to involve three to five minutes of practice, begin with the repetition of the idea for today, followed by a minute or so of looking about you as you apply the idea to whatever you see:

“My holiness blesses this chair.”

“My holiness blesses that window.”

“My holiness blesses this body.”

Then close your eyes and apply the idea to any person who occurs to you, using his name and saying:

“My holiness blesses you, [name].”

The shorter exercises consist of repeating the idea as often as you can. It is particularly helpful to apply it silently to anyone you meet, using his name as you do so. It is essential to use the idea if anyone seems to cause an adverse reaction in you. Offer him the blessing of your holiness immediately, that you may learn to keep it in your own awareness.