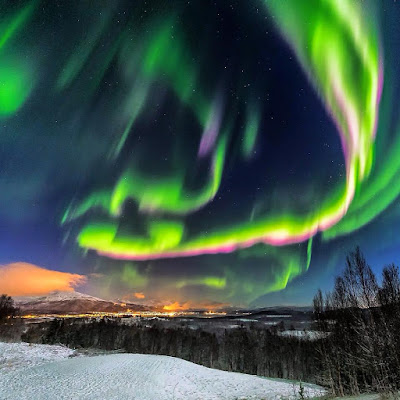 It is essential that the remembrance of the fact that ONLY mind can create at all remain with you. Implicit in this is the corollary that correction belongs at the thought level, and NOT at either level to which creation is inapplicable. To repeat an earlier statement, and also to extend it somewhat, the Soul is already perfect, and therefore does not require correction. The body does not really exist, except as a learning device for the mind. This learning device is not subject to errors of its own, because it was created, but is NOT creating. It should be obvious, then, that correcting the creator (or inducing it to give up miscreation) is the only application of creation which is inherently meaningful at all.

We said before that magic is essentially mindless, or the destructive (miscreated) use of mind. Physical medicines are a form of “spells.” In one way, they are a more benign form, in that they do not entail the possession fallacy which DOES enter when a mind believes that it can possess another. Since this is considerably less dangerous, though still incorrect, it has its advantages. It is particularly helpful to the therapist who really wants to heal, but is still fearful himself. By using physical means to do so, he is not engaging in any form of enslavement, even though he is not applying the Atonement. This means that his mind is dulled by fear, but is not actively engaged in distortion.

Those who are afraid of using the mind to heal are right in avoiding it, because the very fact that they are afraid HAS made them vulnerable to miscreation. They are therefore likely to misunderstand any healing they might induce, and, because egocentricity and fear usually occur together, may be unable to accept the real Source of the healing. Under these conditions, it is safer for them to rely TEMPORARILY on physical healing devices, because they cannot misperceive them as their own creations. As long as their own vulnerability persists, it is essential to preserve them from even attempting miracles.

The healer who relies on his own readiness is endangering his understanding. He is perfectly safe as long as he is completely unconcerned about HIS readiness, but maintains a consistent trust in MINE.

These errors inevitably introduce inefficiency into the miracle worker’s behavior, and temporarily disrupt his miracle-mindedness. We might also make very similar comments about your own hesitation about dictating at all. This is a larger error only because it results in greater inefficiency. If you don’t say anything, nobody can use it, including Me.

We have established that for all corrective processes, the first step is know that this is fear. Unless fear had entered, the corrective procedure would never have become necessary. If your miracle working propensities are not working, it is always because fear has intruded on your Right-Mindedness, and has literally upset it (i.e. turned it upside down).

All forms of not-Right-Mindedness are the result of refusal to accept the Atonement FOR YOURSELF. If the miracle worker DOES accept it, he places himself in the position to recognize that those who need to be healed are simply those who have NOT done so. The reason why you felt the vast radiation range of your own inner illumination is because you were aware that your Right-Mindedness IS healing. The sole responsibility of the miracle worker is to accept Atonement himself. This means that he knows that mind is the only creative level, and that its errors ARE healed by the Atonement. Once he accepts this, HIS mind can only heal. By denying his mind any destructive potential, and reinstating its purely constructive powers, he has placed himself in a position where he can undo the level confusion of others. The message which he then gives to others is the truth that THEIR MINDS are really similarly constructive, and that their own miscreations cannot hurt them. By affirming this, the miracle worker releases the mind from over-evaluating its own learning device (the body), and restores the mind to its true position as the learner. It should be re-emphasized that the body does not learn, any more than it creates. As a learning device, it merely follows the learner, but if it is falsely endowed with self-initiative, it becomes a serious obstruction to the learning it should facilitate.

ONLY the mind is capable of illumination. The Soul is already illuminated, and the body in itself is too dense. The mind, however, can BRING its own illumination TO the body by recognizing that density is the opposite of intelligence, and therefore unamenable to independent learning. It is, however, easily brought into alignment with a mind which has learned to look beyond density toward light.


The Holy Spirit abides in the part of your mind that is part of the Christ Mind. He represents your Self and your Creator, Who are One. He speaks for God and also for you, being joined with both. And therefore it is He Who proves them One. He seems to be a Voice, for in that form He speaks God’s Word to you. He seems to be a Guide through a far country, for you need that form of help. He seems to be whatever meets the needs you think you have. But He is not deceived when you perceive yourself entrapped in needs you do not have. It is from these He would deliver you. It is from these that He would make you safe.

Today’s idea is the introduction to your declaration of release. Again, the idea should be applied to both the world you see without and the world you see within. In applying the idea, we will use a form of practice which will be used more and more, with changes as indicated. Generally speaking, the form includes two aspects, one in which you apply the idea on a more sustained basis, and the other consisting of frequent applications of the idea throughout the day.

Two longer periods of practice with the idea for today are needed, one in the morning and one at night. Three to five minutes for each of them is recommended. During that time, look about you slowly while repeating the idea two or three times. Then close your eyes and apply the same idea to your inner world. You will escape from both together, for the inner is the cause of the outer.

As you survey your inner world, merely let whatever thoughts cross your mind come into your awareness, each to be considered for a moment and then replaced by the next. Try not to establish any thought of hierarchy among them. Watch them come and go as dispassionately as possible. Do not dwell on any one in particular, but try to let the stream move on evenly and calmly, without any special investment on your part. As you sit and quietly watch your thoughts, repeat today’s idea to yourself as often as you care to, but with no sense of hurry.

In addition, repeat the idea for today as often as possible during the day. Remind yourself that you are making a declaration of independence in the name of your own freedom. And in your freedom lies the freedom of the world.


The idea for today is a particularly useful one to use as a response to any form of temptation. It is a declaration that you will not yield to it and put yourself in bondage.

“I am not the victim of the world I see.”


365 Days Through A Course in Miracles
A Daily Devotional