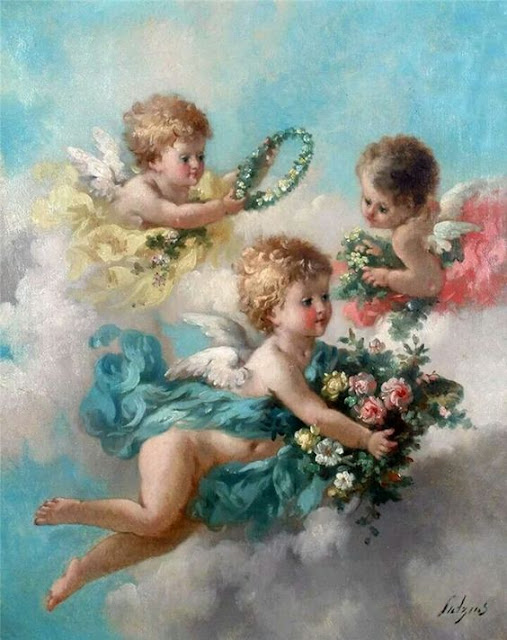 Day 224
THE DREAM AND THE REALITY

To substitute is to ACCEPT INSTEAD. If you would but consider exactly what this entails, you would perceive at once how much at variance this is with the goal the Holy Spirit has given you and would accomplish FOR you. To substitute is to CHOOSE BETWEEN, renouncing one IN FAVOR of the other. For this SPECIAL purpose, one is judged more valuable, and the other is REPLACED by him. The relationship in which the substitution occurred is thus fragmented, and ITS PURPOSE SPLIT accordingly. To fragment IS TO EXCLUDE, and substitution is the strongest defense the ego has for separation.

The Holy Spirit NEVER substitutes. Where the ego perceives one person as a REPLACEMENT FOR another, the Holy Spirit sees them joined and indivisible. He does not judge BETWEEN them, KNOWING they are one. Being united, they are one BECAUSE THEY ARE THE SAME. Substitution is clearly a process in which they are PERCEIVED AS DIFFERENT. One would UNITE; the other SEPARATE. NOTHING can come BETWEEN what God has joined, and what the Holy Spirit sees as one. But everything SEEMS to come between the fragmented relationships the ego sponsors, to destroy.

The one emotion in which substitution is impossible, is love. But fear involves substitution by definition, for it is love’s REPLACEMENT. Fear is both a fragmented AND FRAGMENTING emotion. It SEEMS, to take many forms, and each seems to require a DIFFERENT form of acting out, for satisfaction. While this appears to introduce quite variable BEHAVIOR, a far more serious effect lies in the fragmented PERCEPTION from which the behavior stems. NO-ONE IS SEEN COMPLETE. The body is emphasized, with special emphasis on certain parts, and USED AS THE STANDARD FOR COMPARISON for either acceptance or rejection of suitability for acting out a special FORM of fear.

Substitution as a Defense

You who believe that God is fear made but ONE substitution. It has taken many forms, because it was the substitution of illusions for truth, of fragmentation for wholeness. It has become so splintered and subdivided and divided again, over and over, that it is now almost impossible to perceive it once was one, and still IS what it was. That ONE error, which brought truth to illusion, infinity to time, and life to death, was all you ever made. Your whole world rests upon it. Everything you see reflects it. And every special relationship which you ever made is PART of it.

You have expressed surprise at hearing how VERY different is reality from what YOU see. You do not realize the magnitude of that ONE error. It was so vast and so COMPLETELY incredible, that from it, a world of total unreality HAD to emerge. What else COULD come of it? Its fragmented ASPECTS are fearful enough, as you begin to LOOK at them. But nothing you have ever seen BEGINS to show you the enormity of the ORIGINAL error, which seemed to cast you out of Heaven, to shatter knowledge into meaningless bits of disunited perceptions, and TO FORCE YOU TO FURTHER SUBSTITUTIONS.

That was the first projection of error outward. The world arose to hide it, and became the screen on which it was projected, and drawn between you and truth. For truth extends INWARD, where the idea of loss is meaningless, and only INCREASE is conceivable. Do you REALLY think it strange that a world in which EVERYTHING is backward and upside down, arose from this? IT WAS INEVITABLE. For truth brought to THIS could only remain within in quiet, and take no part in all the mad projection by from which this world was made.

Call it not sin, but madness, for such it was, and so it still remains. Invest it not with guilt, for guilt implies it was accomplished IN REALITY. And, above all, BE NOT AFRAID OF IT. When you seem to see some twisted form of the original error rise to frighten you, say only, ‘God is NOT fear, but love,’ and it will disappear. THE TRUTH WILL SAVE YOU. It has NOT left you, to go out into the mad world and so DEPART FROM YOU. Inward is sanity; INsanity is OUTSIDE you. You but BELIEVE it is the other way; that truth is OUTSIDE, and error and guilt within.

Your little, senseless substitutions, touched with insanity, and swirling lightly away on a mad course like a feather dancing insanely in the wind, HAVE no substance. They fuse and merge and separate in shifting and totally meaningless patterns, which need not be judged at all. To judge them INDIVIDUALLY is pointless. Their tiny differences in form are not REAL differences at all. NONE OF THEM MATTERS. THAT they have in common, and nothing else, but what else is
NECESSARY to make them all the same? Let them go, dancing in the wind, dipping and turning ’til they disappear from sight, far, far OUTSIDE you. And turn you to the stately calm within, where in holy stillness dwells the living God you never left, and Who never left you.

Think what the joining of two brothers really means. And then forget the world and all its little triumphs and its dreams of death. The same are one, and nothing now can be remembered of the world of guilt. The room becomes a temple, and the street a stream of stardust brushing lightly past all sickly dreams. Healing is done, for what is perfect needs no healing, and what remains to be forgiven where there is no sin?

Be thankful, therapist, that you can see such things as this, if you but understand your proper role. But if you fail in that, you have denied that God created you, and so you will not know you are His Son. Who is your brother now? What saint can come to take you home with him? You lost the way. And can you now expect to see in him an answer that you have refused to give? Heal and be healed. There is no other choice of pathways that can ever lead to peace. Oh let your patient in, for he has come to you from God. Is not his holiness enough to wake your memory of Him?

(End of The Ideal Patient-Therapist Relationship. End of The Process of Psychotherapy.)

Urtext – Workbook for Students
224. “God is my Father, and He loves His Son.”

My true Identity is so secure, so lofty, sinless, glorious and great, wholly beneficent and free from guilt, that Heaven looks to It to give it light. It lights the world as well. It is the gift my Father gave me, the one as well I give the world. There is no gift but This that can be either given or received. This is reality, and only This. This is illusion’s end. It is the Truth.

“My Name, oh Father, still is known to You. I have forgotten it, and do not know where I am going, who I am, or what it is I do. Remind me, Father, now, for I am weary of the world I see. Reveal what You would have me see instead.”

Email ThisBlogThis!Share to TwitterShare to FacebookShare to Pinterest
Labels: A Course in Miracles, Daily Devotional, Psyche, Psychoanalyst., Workbook for Students