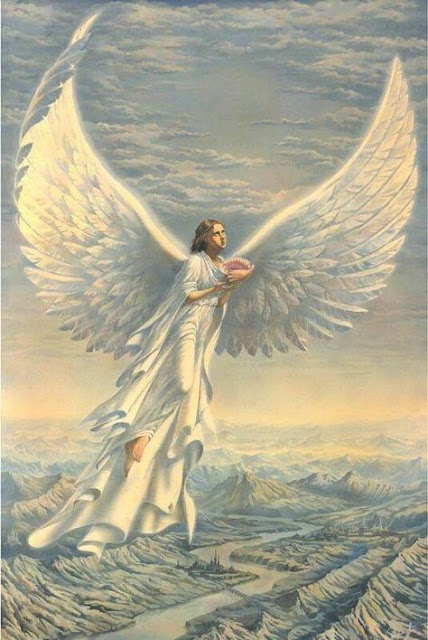 59 Reason cannot see sin but can see errors and leads to their correction. It does not value them, but their correction. Reason will also tell you when you think you sin, you call for help. Yet if you will not accept the help you call for, you will not believe that it is yours to give. And so you will not give it, thus maintaining the belief. For uncorrected error of any kind deceives you about the power that is in you to make correction. If it can correct and you allow it not to do so, you deny it to yourself and to your brother. And if he shares this same belief, you both will think that you are damned. This you could spare him and yourself. For reason would not make way for correction in you alone.

60 Correction cannot be accepted or refused by you without your brother. Sin would maintain it can. Yet reason tells you that you cannot see your brother or yourself as sinful and still perceive the other innocent. Who looks upon himself as guilty and sees a sinless world? And who can see a sinful world and look upon himself apart from it? Sin would maintain you must be separate. But reason tells you that this must be wrong. If you are joined, how could it be that you have private thoughts? And how could thoughts that enter into what but seems like yours alone have no effect at all on what is yours? If minds are joined, this is impossible.

61 No one can think but for himself, as God thinks not without His Son. Only were both in bodies could this be. Nor could one mind think only for itself unless the body were the mind. For only bodies can be separate and therefore unreal. The home of madness cannot be the home of reason. Yet it is easy to leave the home of madness if you see reason. You do not leave insanity by going somewhere else. You leave it simply by accepting reason where madness was. Madness and reason see the same things, but it is certain that they look upon them differently.

62 Madness is an attack on reason that drives it out of mind and takes its place. Reason does not attack but takes the place of madness quietly, replacing madness if it be the will of the insane to listen to it. But the insane know not their will. For they believe they see the body and let their madness tell them it is real. Reason would be incapable of this. And if you would defend the body against your reason, you will not understand the body or yourself.

63 The body does not separate you from your brother, and if you think it does, you are insane. But madness has a purpose and believes it also has the means to make its purpose real. To see the body as a barrier between what reason tells you must be joined must be insane. Nor could you see it if you heard the voice of reason. What can there be that stands between what is continuous? And if there is nothing in between, how can what enters part be kept away from other parts? Reason would tell you this. But think what you must recognize if it be so.

64 If you choose sin instead of healing, you would condemn the Son of God to what can never be corrected. You tell him by your choice that he is damned—separate from you and from his Father forever and without a hope of safe return. You teach him this, and you will learn of him exactly what you taught. For you can teach him only that he is as you would have him, and what you choose he be is but your choice for you. Yet think not this is fearful. That you are joined to him is but a fact, not an interpretation. How can a fact be fearful unless it disagrees with what you hold more dear than truth? Reason will tell you that this fact is your release. Neither your brother nor yourself can be attacked alone. But neither can accept a miracle instead without the other being blessed by it and healed of pain.

65 Reason, like love, would reassure you and seeks not to frighten you. The power to heal the Son of God is given you because he must be one with you. You are responsible for how he sees himself. And reason tells you it is given you to change his whole mind, which is one with you, in just an instant. And any instant serves to bring complete correction of his errors and make him whole. The instant that you choose to let yourself be healed, in that same instant is his whole salvation seen as complete with yours. Reason is given you to understand that this is so. For reason, kind as is the purpose for which it is the means, leads steadily away from madness toward the goal of truth. And here you will lay down the burden of denying truth. This is the burden that is terrible, and not the truth.

66 That you are joined is your salvation—the gift of Heaven, not the gift of fear. Does Heaven seem to be a burden to you? In madness, yes. And yet what madness sees must be dispelled by reason. Reason assures you Heaven is what you want, and all you want. Listen to Him Who speaks with reason and brings your reason into line with His. Be willing to let reason be the means by which He would direct you how to leave insanity behind. Hide not behind insanity in order to escape from reason. What madness would conceal, the Holy Spirit still holds out for everyone to look upon with gladness.

67 You are your brother's savior. He is yours. Reason speaks happily indeed of this. This gracious plan was given love by Love. And what Love plans is like Itself in this: being united, It would have you learn what you must be. And being one with It, it must be given you to give what It has given and gives still. Spend but an instant in the glad acceptance of what is given you to give your brother, and learn with him what has been given both of you. To give is no more blessed than to receive. But neither is it less.

68 The Son of God is always blessed as one. And as his gratitude goes out to you who blessed him, reason will tell you that it cannot be you stand apart from blessing. The gratitude he offers you reminds you of the thanks your Father gives you for completing Him. And here alone does reason tell you that you can understand what you must be. Your Father is as close to you as is your brother. Yet what is there that could be nearer you than is your Self?

69 The power that you have over the Son of God is not a threat to his reality. It but attests to it. Where could his freedom lie but in himself if he be free already? And who could bind him but himself if he deny his freedom? God is not mocked; no more His Son can be imprisoned save by his own desire. And it is by his own desire that he is freed. Such is his strength and not his weakness. He is at his own mercy. And where he chooses to be merciful, there is he free. But where he chooses to condemn instead, there is he held a prisoner, waiting in chains his pardon on himself to set him free.


Now would I be as God created me.

1 Today I will accept the truth about myself. I will arise in glory and allow the light in me to shine upon the world throughout the day. I bring the world the tidings of salvation that I hear as God my Father speaks to me. And I behold the world that Christ would have me see, aware it ends the bitter dream of death, aware it is my Father's call to me.

2 Christ is my eyes today, and His the ears which listen to the Voice of God today. Father, I come to You through Him Who is Your Son and my true Self as well. Amen.