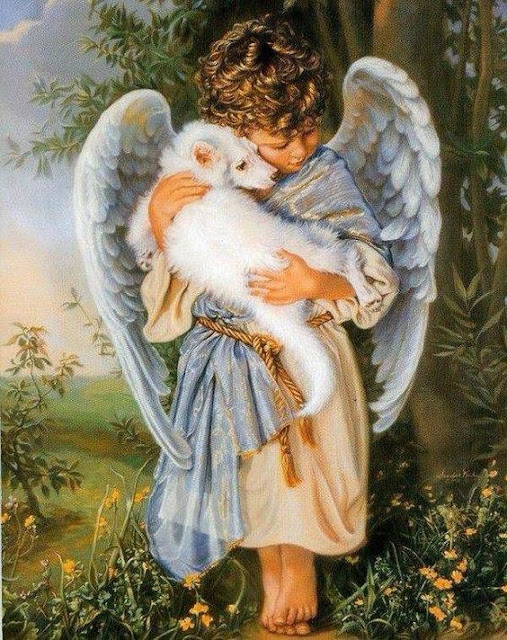 85 Are thoughts then dangerous? To bodies, yes! The thoughts that seem to kill are those which teach the thinker that he can be killed. And so he dies because of what he learned. He goes from life to death, the final proof he valued the inconstant more than constancy. Surely he thought he wanted happiness. Yet he did not desire itbecause it was the truth and therefore must be constant.

86 The constancy of joy is a condition quite alien to your understanding. Yet if you could even imagine what it must be, you would desire it although you understand it not.

87 The constancy of happiness has no exceptions—no change of any kind. It is unshakable as is the love of God for His creation. Sure in its vision as its Creator is in what He knows, it looks on everything and sees it is the same. It sees not the ephemeral, for it desires that everything be like itself and sees it so. Nothing has power to confound its constancy because its own desire cannot be shaken. It comes as surely unto those who see the final question is necessary to the rest, as peace must come to those who choose to heal and not to judge.

88 Reason will tell you that you cannot ask for happiness inconstantly. For if what you desire you receive and happiness is constant, then you need ask for it but once to have it always. And if you do not have it always, being what it is, you did not ask for it. For no one fails to ask for his desire of something he believes holds out some promise of the power of giving it. He may be wrong in what he asks, where, and of what. Yet he will ask because desire is a request, an asking for, and made by one whom God Himself will never fail to answer. God has already given him all that he really wants. Yet what he is uncertain of, God cannot give. For he does not desire it while he remains uncertain, and God's giving must be incomplete unless it is received.

89 You who complete God's Will and are His happiness, whose will is powerful as His, a power that is not lost in your illusions, think carefully why it should be you have not yet decided how you would answer the final question. Your answer to the others has made it possible to help you be but partially insane. And yet it is the final one that really asks if you are willing to be wholly sane.

90 What is the holy instant but God's appeal to you to recognize what He has given you? Here is the great appeal to reason; the awareness of what is always there to see, the happiness that could be always yours. Here is the constant peace you could experience forever. Here is what denial has denied revealed to you. For here the final question is already answered and what you ask for given. Here is the future now, for time is powerless because of your desire for what will never change. For you have asked that nothing stand between the holiness of your relationship and your awareness of its holiness.

A COURSE IN MIRACLES
WORKBOOK for STUDENTS
WHAT IS THE WORLD

What is the world?

ST241:1The world is false perception. It is born of error, and it has not left its source. It will remain no longer than the thought which gave it birth is cherished. When the thought of separation has been changed to one of true forgiveness will the world be seen in quite another light, and one which leads to truth, where all the world must disappear and all its errors vanish. Now its source has gone, and its effects are gone as well.

2 The world was made as an attack on God. It symbolizes fear. And what is fear except love's absence? Thus the world was meant to be a place where God could enter not and where His Son could be apart from Him. Here was perception born, for knowledge could not cause such insane thoughts. But eyes deceive, and ears hear falsely. Now mistakes become quite possible, for certainty has gone.

3 The mechanisms of illusion have been born instead. And now they go to find what has been given them to seek. Their aim is to fulfil the purpose which the world was made to witness and make real. They see in its illusions but a solid base where truth exists, upheld apart from lies. Yet everything that they report is but illusion, which is kept apart from truth.

4 As sight was made to lead away from truth, it can be redirected. Sounds become the call of God. And all perception can be given a new purpose by the one Whom God appointed savior to the world. Follow His light and see the world as He beholds it. Hear His Voice alone in all that speaks to you. And let Him give you peace and certainty, which you have thrown away but Heaven has preserved for you in Him.

5 Let us not rest content until the world has joined our changed perception. Let us not be satisfied until forgiveness has been made complete. And let us not attempt to change our function. We must save the world. For we who made it must behold it through the eyes of Christ, that what was made to die can be restored to Everlasting Life.


This holy instant is salvation come.

1 What joy there is today! It is a time of special celebration. For today holds out the instant to the darkened world where its release is set. The day has come when sorrows pass away and pain is gone. The glory of salvation dawns today upon a world set free. This is the time of hope for countless millions. They will be united now as you forgive them all. For I will be forgiven by you today.

2 We have forgiven one another now, and so we come at last to You again. Father, Your Son, who never left, returns to Heaven and his home. How glad are we to have our sanity restored to us, and to remember that we all are one.