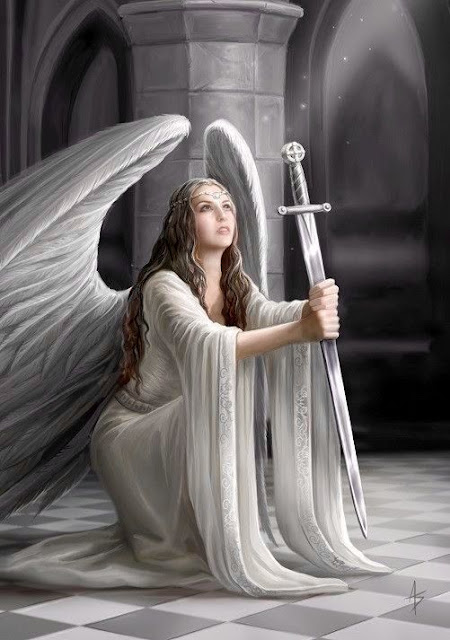 
IV. Reason and the Holy Relationship

29 The introduction of reason into the ego's thought system is the beginning of its undoing. For reason and the ego are contradictory. Nor is it possible for them to co-exist in your awareness. And reason's goal is to make plain and therefore obvious. You can see reason. This is not a play on words, for here is the beginning of a vision that has meaning. Vision is sense, quite literally. If it is not the body's sight, it must be understood. For it is plain, and what is obvious is not ambiguous. It can be understood. And here do reason and the ego separate to go their different ways.

30 The ego's whole continuance depends on its belief you cannot learn this course. Share this belief, and reason will be unable to see your errors and make way for their correction. For reason sees through errors, telling you what you thought was real is not. Reason can see the difference between sin and mistakes because it wants correction. Therefore, it tells you what you thought was uncorrectable can be corrected, and thus it must have been an error. The ego's opposition to correction leads to its fixed belief in sin and disregard of errors. It looks on nothing that can be corrected. Thus does the ego damn and reason save.

31 Reason is not salvation in itself, but it makes way for peace and brings you to a state of mind in which salvation can be given you. Sin is a block, set like a heavy gate, locked and without a key, across the road to peace. No one who looks on it without the help of reason would try to pass it. The body's eyes behold it as solid granite, so thick it would be madness to attempt to pass it. Yet reason sees through it easily because it is an error. The form it takes cannot conceal its emptiness from reason's eyes.

32 Only the form of error attracts the ego. Meaning it does not recognize and does not know if it is there or not. Everything which the body's eyes can see is a mistake, an error in perception, a distorted fragment of the whole, without the meaning that the whole would give. And yet mistakes, regardless of their form, can be corrected. Sin is but error in a special form the ego venerates. It would preserve all errors and make them sins. For here is its own stability, its heavy anchor in the shifting world it made—the rock on which its church is built and where its worshipers are bound to bodies and believe the body's freedom is their own.

33 Reason will tell you that the form of error is not what makes it a mistake. If what the form conceals is a mistake, the form cannot prevent correction. The body's eyes see only form. They cannot see beyond what they were made to see. And they were made to look on error and not see past it. Theirs is indeed a strange perception, for they can see only illusions, unable to look beyond the granite block of sin and stopping at the outside form of nothing. To this distorted form of vision, the outside of everything, the wall that stands between you and the truth, is wholly true. Yet how can sight which stops at nothingness as if it were a solid wall see truly? It is held back by form, having been made to guarantee that nothing else but form will be perceived.

34 These eyes, made not to see, will never see. For the idea they represent left not its maker, and it is their maker that sees through them. What was its maker's goal but not to see? For this the body's eyes are perfect means, but not for seeing. See how the body's eyes rest on externals and cannot go beyond. Watch how they stop at nothingness, unable to go beyond the form to meaning. Nothing's so blinding as perception of form. For sight of form means understanding has been obscured.

35 Only mistakes have different forms, and so they can deceive. You can change form because it is not true. It could not be reality because it can be changed. Reason will tell you that, if form is not reality, it must be an illusion and is not there to see. And if you see it, you must be mistaken, for you are seeing what can not be real as if it were. What cannot see beyond what is not there must be distorted perception and must perceive illusions as the truth. Could it then recognize the truth?

36 Let not the form of his mistakes keep you from him whose holiness is yours. Let not the vision of his holiness, the sight of which would show you your forgiveness, be kept from you by what the body's eyes can see. Let your awareness of your brother not be blocked by your perception of his sins and of his body. What is there in him that you would attack except what you associate with his body, which you believe can sin? Beyond his errors is hisholiness and your salvation. You gave him not his holiness but tried to see your sins in him to save yourself. And yet his holiness is your forgiveness. Can you be saved by making sinful the one whose holiness is your salvation?

37 A holy relationship, however newly born, must value holiness above all else. Unholy values will produce confusion, and in awareness. In an unholy relationship, each one is valued because he seems to justify the other's sin. He sees within the other what impels him to sin against his will. And thus he lays his sins upon the other and is attracted to him to perpetuate his sins. And so it must become impossible for each to see himself as causing sin by his desire to have sin real. Yet reason sees a holy relationship as what it is—a common state of mind, where both give errors gladly to correction that both may happily be healed as one.


I am in danger nowhere in the world.

1 Your Son is safe wherever he may be, for You are there with him. He need but call upon Your Name, and he will recollect his safety and Your Love, for they are one. How can he fear or doubt or fail to know he cannot suffer, be endangered, or experience unhappiness when he belongs to You, beloved and loving, in the safety of Your Fatherly embrace?


2 And there we are in truth. No storms can come into the hallowed haven of our home. In God are we secure. For what can come to threaten God Himself or make afraid what will forever be a part of Him?