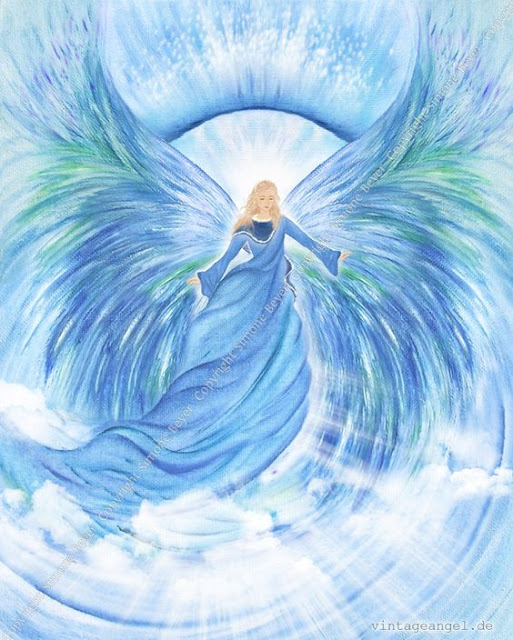 
II. Specialness as a Substitute For Love
3 Love is extension. To withhold the smallest gift is not to know love's purpose. Love offers everything forever. Hold back but one belief, one offering, and love is gone because you asked a substitute to take its place. And now must war, the substitute for peace, come with the one alternative that you can choose for love. Your choosing it has given it all the reality it seems to have.

4 Beliefs will never openly attack each other because conflicting outcomes are impossible. But an unrecognized belief is a decision to war in secret, where the results of conflict are kept unknown and never brought to reason to be considered sensible or not. And many senseless outcomes have been reached, and meaningless decisions have been made and kept hidden to become beliefs now given power to direct all subsequent decisions. Mistake you not the power of these hidden warriors to disrupt your peace. For it is at their mercy while you decide to leave it there. The secret enemies of peace, your least decision to choose attack instead of love, unrecognized and swift to challenge you to combat and to violence far more inclusive than you think, are there by your election. Do not deny their presence nor their terrible results. All that can be denied is their reality but not their outcome.

5 All that is ever cherished as a hidden belief, to be defended though unrecognized, is faith in specialness. This takes many forms but always clashes with the reality of God's creation and with the grandeur which He gave His Son. What else could justify attack? For who could hate someone whose Self is his and whom He knows? Only the special could have enemies, for they are different and not the same. And difference of any kind imposes orders of reality and a need to judge that cannot be escaped.

6 What God created cannot be attacked, for there is nothing in the universe unlike itself. But what is different calls for judgment, and this must come from someone "better," someone incapable of being like what he condemns, "above" it, sinless by comparison with it. And thus does specialness become a means and end at once. For specialness not only sets apart but serves as grounds from which attack on those who seem "beneath" the special one is "natural" and "just." The special ones feel weak and frail because of differences, for what would make them special is their enemy. Yet they protect its enmity and call it "friend." On its behalf they fight against the universe, for nothing in the world they value more.

8 Would it be possible for you to hate your brother if you were like him? Could you attack him if you realized you journey with him to a goal that is the same? Would you not help him reach it in every way you could if his attainment of it were perceived as yours? You are his enemy in specialness; his friend in a shared purpose. Specialness can never share, for it depends on goals that you alone can reach. And he must never reach them, or your goal is jeopardized. Can love have meaning where the goal is triumph? And what decision can be made for this that will not hurt you? Your brother is your friend because his Father created him like you. There is no difference. You have been given to each other that love might be extended, not cut off from one another. What you keep is lost to you. God gave you both Himself, and to remember this is now the only purpose that you share. And so it is the only one you have.

9 Could you attack each other if you chose to see no specialness of any kind between you? Look fairly at whatever makes you give each other only partial welcome or would let you think that you are better off apart. Is it not always your belief your specialness is limited by your relationship? And is not this the "enemy" that makes you both illusions to each other?

10 The fear of God and of each other comes from each unrecognized belief in specialness. For each demands the other bow to it against his will. And God Himself must honor it or suffer vengeance. Every twinge of malice or stab of hate or wish to separate arises here. For here the purpose which you share becomes obscured from both of you. You would oppose this course because it teaches you you are alike. You have no purpose that is not the same and none your Father does not share with you. For your relationship has been made clean of special goals. And would you now defeat the goal of holiness that Heaven gave it? What perspective can the special have that does not change with every seeming blow, each slight, or fancied judgment on itself?

11 Those who are special must defend illusions against the truth. For what is specialness but an attack upon the Will of God? You love your brother not while it is this you would defend against him. This is what he attacks and you protect. Here is the ground of battle which you wage against him. Here must he be your enemy and not your friend. Never can there be peace among the different. He is your friend because you are the same.


This day I choose to spend in perfect peace.
1 It does not seem to me that I can choose to have but peace today. And yet my God assures me that His Son is like Himself. Let me this day have faith in Him Who says I am God's Son. And let the peace I choose be mine today bear witness to the truth of what He says. God's Son can have no cares and must remain forever in the peace of Heaven. In his name I give today to finding what my Father wills for me, accepting it as mine and giving it to all my Father's Sons, along with me.

2 And so, my Father, would I pass this day with You. Your Son has not forgotten You. The peace You gave him still is in his mind, and it is there I choose to spend today.